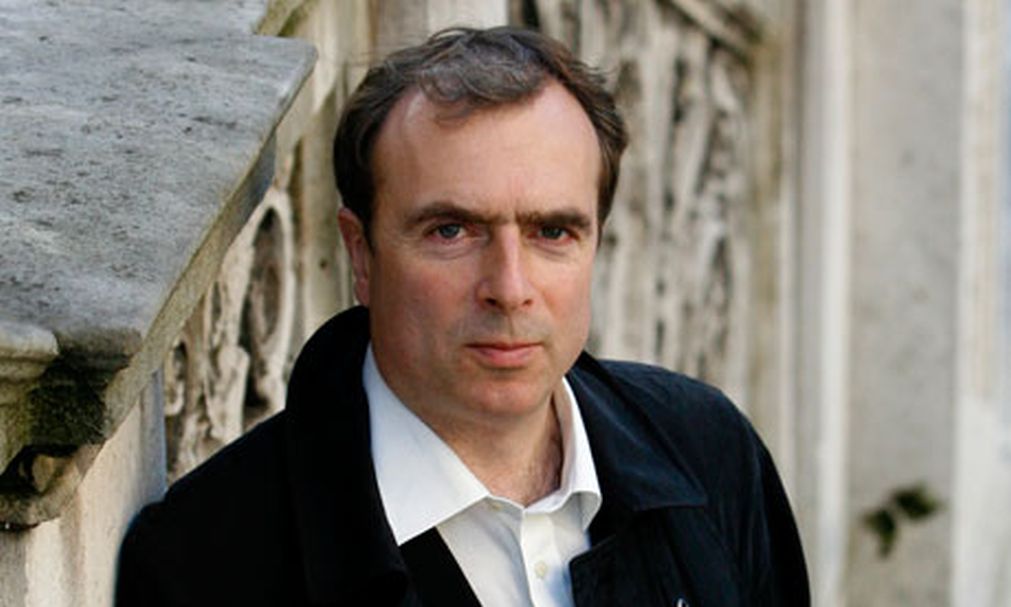 For those of you who are not familiar with Peter Hitchens (above), he is a prolific writer who holds forthright views on politics and many other topics. He is best-known in the UK for his occasional appearances on the BBC TV programme Question Time, and for his weekly page in the newspaper The Mail on Sunday.

The usual format of Mr Hitchens’s page is that he will devote most of it to a particular news story, and will write shorter articles on up to about six other topical issues. On occasions, Mr Hitchens mentions antidepressants, about which he remains steadfast in his views.

In his latest column for The Mail on Sunday on 31 March 2013, Mr Hitchens unites two events that made the news in the previous week:

Silly anti-Russian prejudice led to suggestions that the unlovely plutocrat Boris Berezovsky had been rubbed out on Kremlin orders.

A much more likely explanation of his self-slaughter is the fact that he had recently begun taking ‘antidepressants’, which in many cases produce suicidal thoughts in people who hadn’t had them before.

So, I might add, had the tragic Donna Oettinger, who stepped in front of a train with her small son in her arms. She was taking a drug that has been linked in studies to an increased risk of suicide. When will they join up the dots? Coroners should be on watch for this.

I have been searching the Mail Online archives, in which I found one instance, on 8 July 2012,  where the main article on Mr Hitchens’s page was about antidepressants.

A scandal can exist for ages before anyone notices. Here is one such. Ten years from now we will look back in shame and regret at the way the drug companies bamboozled us into swallowing dangerous, useless ‘antidepressant’ pills.

You’d be far better off taking a brisk walk. The moment of truth must come soon, though most of Britain’s complacent, sheep-like media will be among the last to spot it.

I would have thought it was blaring, front-page, top-of- the-bulletin news that GlaxoSmithKline, one of our biggest companies, has just been fined £2 billion (yes, you heard that right, £2 billion) in the US for – among other things – bribing doctors, and encouraging the prescription of unsuitable drugs to children.

Its drug Paxil, sold here as Seroxat, was promoted as suitable for teenagers and children, even though trials had shown it was not.

Doctors were sent on free trips where they were treated to snorkelling, sailing, deep-sea fishing, balloon rides and spa treatments (and cash payments), to persuade them to prescribe these drugs, or to reward them for doing so.

A medically-qualified radio host was allegedly paid more than £150,000 to plug one GSK antidepressant for unapproved uses. GSK paid for articles approving its drugs to appear in reputable medical journals.

It is well known now among doctors that other drug companies have suppressed unwelcome test results on modern antidepressants. These results show they are largely useless for their stated purpose. In many cases they were not significantly more effective than dummy tablets in lifting the moods of patients. Thanks to Freedom of Information investigations, the truth is now out.

Even worse than this is the growing suggestion that, far from making their users happy, these pills can increase suicidal thoughts in their minds, perhaps with tragic results.

The Medicines and Healthcare Products Regulatory Agency undertook trials which showed that teenagers and children who took Seroxat were significantly more likely to experience such thoughts. 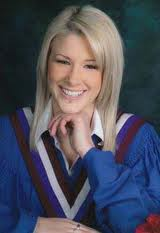 Sara Carlin (left), an 18-year-old Canadian student with everything to live for, hanged herself in 2007 despite official warnings (and warnings from her mother) that the drug could lead to self-harm.

Quite why it should magically be safe for adults, I am not sure. Nor was the coroner in the 2003 inquest on Colin Whitfield, a retired headmaster, aged 56, who slit his wrists in his garden shed two weeks after starting to take Seroxat. The coroner recorded an open verdict and said the drug should be withdrawn until detailed national studies were made.

Mr Whitfield’s widow Kathryn said: ‘We have no doubt that it was the drug that caused him to do it.’

I would also remind readers of the recent statement by Dr Declan Gilsenan, Ireland’s former Assistant State Pathologist, who says he has seen ‘too many suicides’ after people had started taking antidepressants and is sure the evidence is ‘more than anecdotal’.

The defenders of this nasty, profiteering enterprise – including doctors who ought to know better – will come up with the usual bleat of ‘correlation is not causation’.

Just remember that this was the same sly song that Big Tobacco sang, when it first became obvious that cigarettes caused cancer. It is time for a proper investigation, with evidence on oath and the power of subpoena.

Another article which was long enough to merit its own headline was this, from 3 November 2012:

Investigate the evil of these pills

I bit my tongue when I first read of the tragedy of Felicia Boots (left), her life now a desolation of unbearable grief.

As soon as I learned that she had killed her own children and then tried to do away with herself, I was sure that I would find she had been taking ‘antidepressants’. And so it proves.

Our courts let many people off because of spurious claims that they could not control themselves.

But I believe that in her case the judge was right to say that this unhappy woman was in the grip of ‘forces that were beyond her control’.

It will be pointed out that she had recently ceased taking these pills, because of a perfectly reasonable fear of passing on the drugs to her children through her breast milk.

To anyone who has studied the matter, the fact that Mrs Boots became unhinged after ceasing to take her ‘antidepressants’ will be no surprise.

Normal human beings become abnormal, possibly for ever, as soon as they first ingest these powerful, poorly-researched chemicals, often prescribed by doctors shamefully ignorant of the growing body of expert criticism of them.

The effects of coming off them can be even worse than the effects of starting to take them. I have absolutely no personal stake in this argument. I have simply observed what seems to me to be a pattern, both among several people known to me and in a growing number of news reports.

I will be told this is ‘anecdotal’. Very well, then. Let us have a proper, fully-funded inquiry that will settle the matter once and for all. It is very urgent. Prescriptions of ‘antidepressants’ grow all the time.

If there is the slightest risk that they make good, kind mothers lose their minds and kill their own babies, I can imagine few more pressing matters on the agenda of any government than to establish the truth and act on it. Please, somebody listen.

On 16 March 2009, Mr Hitchens referred to a School Shooting that had happened the previous week. This one happened in Winnenden, Germany, but Mr Hitchens’s words could have applied to just about any such event from Columbine to Sandy Hook.

Yet another school shooting. Yet again I am sure that the killer will be found to have been taking anti-depressant drugs.

Yet again everyone will go on and on about gun control and miss the point.”

For the record, Tim Kretschmer was, in fact, taking medication for depression.

Mr Hitchens had previously mentioned  gun control in this article on 17 May 2008. 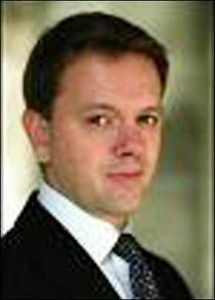 Once again, a crazy shooting incident is linked with anti-depressants. This time it is the barrister Mark Saunders (right), who was taking these dubious pills for months before he decided to have his Chelsea gun battle with the police.

Look at almost every such incident, anywhere in the world, from Columbine High School to Finland, and there they’ll be. When will governments begin to take this seriously, instead of wittering about unattainable ‘gun control’?

On 4 April 2011, Mr Hitchens had this to say about the harrowing story of the boy who is possibly the youngest person to take his life while on antidepressants:

Let us hope and pray that some good comes from the unbearable death of  ten-year-old Harry Hucknall (left), found hanged at his Cumbria home last September.

Somebody had ‘diagnosed’ this little boy with clinical depression and ‘ADHD’ and had prescribed an anti-depressant and Ritalin.

The poor child had been horribly bullied at school. His parents were separated. He had moved home 14 times. It is hardly surprising that he was unhappy. Why on earth would anyone think that drugs were the answer?

West Cumbria Coroner Ian Smith said that Harry had been given ‘two powerful, mind-altering drugs’. He urged doctors to be ‘extremely careful in prescribing such medication’. I congratulate him on his understatement.

Harry’s case became known because his cousin is a rock star. How many other tragedies like this are going unreported? We are long overdue for a proper inquiry into the prescribing of such drugs, especially to children. Let it come soon, please.

On 17 February 2013, Mr Hitchens wrote about the suicide of a rape victim: 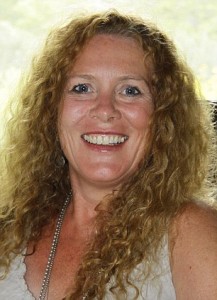 Like any civilised person, I grieve at the death of Frances Andrade (right), who killed herself after giving evidence against Michael Brewer, during which she was vigorously cross-examined.

May she rest in peace. But I object strongly to the way in which many people have used this event to argue for limits on the freedom to cross-examine.

We do not really know why she took her life, though I would point out that, like a frightening number of suicides, she was taking so-called ‘antidepressant’ drugs, which are known in some cases to promote suicidal feelings in those who take them.

To finish my tour through the Mail Online archives, here are a few sentences written on 25 April 2011.

I find these days that even asking questions about the huge prescription of antidepressants in modern Britain gets me into trouble.

Actually, that’s why I keep doing it. The twitchiness of the pill-popping faction suggests they are hiding their own grave doubts.

Thank you, Mr Hitchens, for all the articles above. Thank you for your integrity, and thank you for refusing to let go of this subject. I hope that any further trouble you get into will not prevent you from continuing to raise awareness until the time comes when the long-overdue inquiry that you ask for takes place.