At some point each day, if I get the chance, I throw a few search terms into Google, and see if any inquest reports have been published online during the past 24 hours. Any that I find that happened in England or Wales and are linked to antidepressant use, are added to the Inquests 2013 page. As I write, I have entered 238 so far this year, an average of between 4 and 5 a week. Here, in brief, are summaries of the varied reports that I added last week, the first week of December.

The partner of 66-year-old Keith Dear told his inquest in Beaconsfield that he “had been suffering from anxiety and depression for about nine months.” The inquest did not reveal how many different types of antidepressant that Mr Dear was prescribed, just that he “had not been taking one of his antidepressants prior to his death.” Mr Dear shot himself.

Emily Barrington was a healthy, outgoing student who was enjoying university life in Nottingham, when she started to have panic attacks, was very tearful, expressed negative views about herself and looked thinner than normal and very anxious. This was after being prescribed an unnamed contraceptive to treat polycystic ovary syndrome.

Emily’s mother Susie found that the contraceptive was linked to depression and suicide. “I told her to tell your doctor you are having an adverse reaction to your medication,” said Mrs Barrington at the inquest. The University Health Service doctor’s bizarre solution was to prescribe beta-blockers and antidepressants, drugs also linked with suicidal thoughts. Emily took an overdose of her medication. * (see footnote) 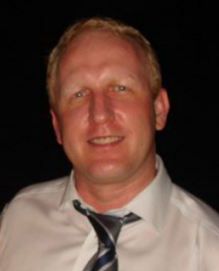 IT consultant Neil Carter (left) from Londonsuffered from misophonia, a rare and incurable neurological disease that gave him a heightened sensitivity to noise.

As part of the treatment at the Priory, he was prescribed antidepressants. A psychiatrist who treated Mr Carter added: “The antidepressants had not been working for him, but it was still early days.” This statement was followed in the original report by the phrase “The first option is to increase the dose”, but for some reason this sentence has now been withdrawn from the online version of the article. Shortly after the antidepressants were possibly increased, Mr Carter was struck by a tube train.

28-year-old Mark O’Shaughnessy from Gosport suffered from depression. Before his death, he had told doctors that he wanted to change his medication as he felt it wasn’t helping him. He met his doctor, and “they spoke about his medication among other things.” It is not known whether Mark’s medication was changed.

Mark went on to tell health professionals that he wanted to kill himself and hurt his mother. The mental health services decided to keep him at his house rather than place him in a psychiatric ward. Mark hanged himself at home the next morning.

Since his death, the doctors who treated Mark admitted that, in hindsight, Mark should have been taken to a psychiatric hospital.

57-year-old Nina Reardon was originally from Russia, and had moved to England 4 years ago to live with her husband in Reading.

She had been prescribed antidepressants by her GP since November 2012, after losing her job. She told a counsellor that she was anxious about finding another job and was feeling homesick. A statement from her GP said Mrs Reardon claimed to be intolerant to her medication, and complained of unpleasant side-effects. Mrs Reardon’s husband found her hanged in the kitchen. 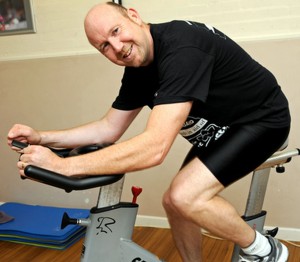 During the inquest of Del Wilton (right), a paramedic from Cornwall, his GP reported that Mr Wilton “had been suffering depression after attending a fatal motorcycle accident,” and that the paramedic “suffered flashbacks from the accident and was prescribed antidepressants.”

The coroner said that “these issues might have contributed to Mr Wilton’s depression and led him to take his life.”

The issue that I have about this case is that it appears that Mr Wilton may well have been suffering from PTSD rather than depression, and that it is likely that his death was caused not by “depression”, but by an adverse reaction to a type of medication that is not recommended for PTSD.

Each week, I come across a number of inquests where there is a likelihood of medical intervention in the case, but where the possible involvement of medication is not revealed. These are added to the Treated for Depression page, where the total for this year stands presently at 369. Here are 10 that I read last week:

Andrew Townsend, 35, was a redundant shop worker from Buckinghamshire, who had “shown signs of depression.” He was struck by a train.

Anthony Quigley, 53, was struck by a tube train at Finsbury Park, having “asked to be taken to hospital 2 days earlier, but no beds were available.”

Craig Greer, 33, from Hampshire, admitted himself to hospital on his GP’s advice. He was discharged by doctors who had not had access to his GP’s report. He was poisoned by gas fumes in a tent.

Dean Orphanou, 43, a panel beater from Hertfordshire, “became quite agitated and upset” before he shot himself .

James Strang, 28, a soldier from Sussex, had worries about his military career. He “talked to the community mental health team about his anxiety.” Shortly afterwards, he died in his car from carbon monoxide poisoning.

Kirk Duboise, 22, who had a “history of self-harm,” hanged himself during his first night as a prisoner in Durham Prison.

Simon Ebblewhite, 38, a musician from Newcastle, had “suffered from anxiety and depression” since an assault 8 years ago. He was struck by a train.

Stephen Whittle, 40, from Somerset, was “referred to … Mental Health Team by his GP … after suffering from symptoms of anxiety and depression.” He hanged himself.

Victor Cuff, from Kent, 59 and unemployed, had “problems with depression.” He was found hanged after his sickness benefits had been reduced.

Wayne Beecroft, 38, from Taunton, “dived under a bus.” He was said to have had “mental health problems.” At his inquest, the coroner said that: “It will be a degree of mystery why Wayne Beecroft took this action. It is a tragic story. Something snapped that day.”

Sudden deaths like those I encountered last week will continue to have “a degree of mystery” as long as coroners and/or reporters fail to tell the whole story. It is too facile to say that “something snapped.”

In cases of self-inflicted deaths, any medication found in the system of the victim, or prescribed or withdrawn from in the past six months, should be identified, revealed and recorded. Only then may we discover the true extent of the involvement of psychiatric medication in the avoidable deaths of so many valued, irreplaceable people.

At the time of writing, Emily Barrington’s inquest was incomplete. However, a report in the Nottingham Post that has been published since my article was written states: “Concern had been raised at the inquest by Emily’s family that the contraception she was originally taking and the antidepressant caused her suicidal intention.”

Recording a narrative verdict, assistant coroner Dr Liz Didcock said that she had “carefully considered this and could not find any reliable evidence to substantiate the ‘hypothesis’.”

I don’t know what constitutes “reliable evidence” in a coroner’s court, but perhaps somebody could send Dr Didcock a link to this site.