Reluctantly, I have decided to end my involvement with this website. Although the site will remain online in the meantime, there will be no further updates, and the email address is no longer valid.

However, the facility to add a comment to many of the articles is still available.

Many thanks to all those who have contacted me and given me encouragement.

“I feel we are all worn out with the fight to nowhere, but know that we have done our children proud – and if we helped a few along the way, it was well worth it.” (LF) 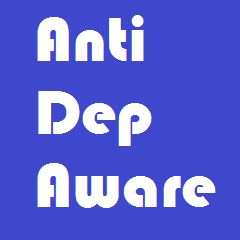 The objective of this site is to promote awareness of the dangers of antidepressants.

We are told that there are at present over 5 million users of antidepressants in the UK. There is no wish to ban these drugs which give support to a large number of people with severe depression. However, it is clear that antidepressants are being prescribed to those who are not clinically depressed, to whom they are likely to do more harm than good.

In 2009 my son, who had never been depressed in his life, went to see a doctor over insomnia caused by temporary work-related stress. Contrary to NICE Guidelines, he was prescribed Citalopram, and within days he died a violent death.

At my son’s inquest, I told the coroner that I believed that Citalopram had taken my son’s life. The coroner agreed with me, rejected a suicide verdict, and delivered a narrative judgment in which Citalopram was cited by name.

After retiring from work in 2012, I had time to investigate more thoroughly the link between self-inflicted deaths and the prescription of SSRI antidepressants.

This website, which I began in 2013, includes links to reports of inquests held in England and Wales since 2003. Most of these were found in the online archives of local and national newspapers. It must be noted that these lists are far from exhaustive but, even so, contain summaries of almost 8000 reports on self-inflicted deaths, all of which are related to use of antidepressants.

There are also many articles, most of which I have written myself, based on what I have discovered during my research.

My motivation in embarking on this site has been to offer some understanding to the grieving families who are invariably left a legacy of unanswered questions and “if onlys”, along with misplaced guilt and the memory of horrific loss. Perhaps this website will help answer some of their questions.

WARNING: People who have been prescribed antidepressants should not suddenly stop taking their medication. Gradual tapering is advisable. Anyone considering altering the dosage of their medication, or withdrawing from it, needs to take medical advice first.