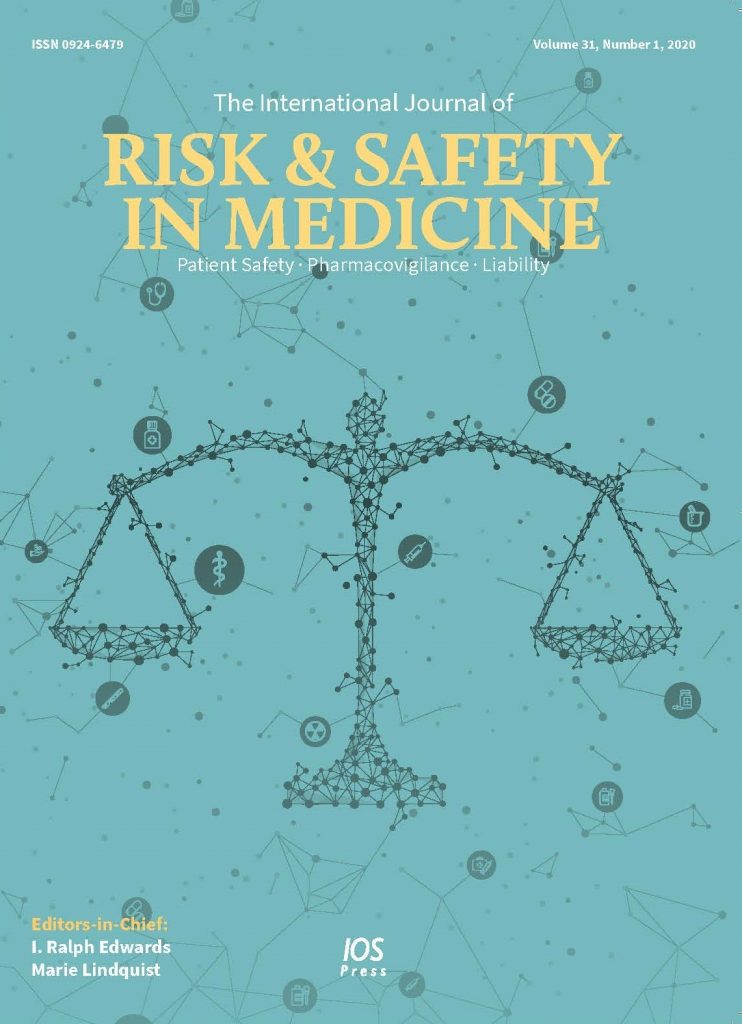 An important study, entitled “Presentation of benefits and harms of antidepressants on websites”, was published in last month’s issue of the International Journal of Risk and Safety in Medicine. The research discovered widespread misinformation, and widespread backing by drug companies. 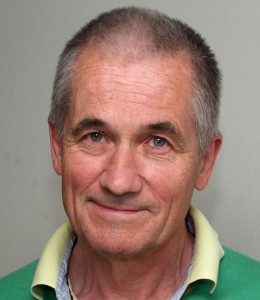 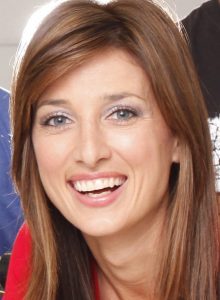 Regular visitors to this website will know the esteem in which I hold Peter, but I regret to say that I have been unaware thus far of the work of Maryanne (left), who has previously carried out a number of investigations including the infiltration of the medical profession by processed food companies and the over-prescription of statins.

I have not read the complete study but, fortunately, Maryanne has produced an online report, which I have reproduced below.

If the current Coronavirus crisis has taught us anything, it’s that misinformation on the Internet is dangerous. It can lead to panic, useless or harmful medical interventions and wasted healthcare resources.

So, in this age of instant information, we need to be vigilant about misinformation, especially when it comes to our health. Most of us have searched online for advice about medications but often these websites – seemingly trustworthy and authoritative – are backed by drug company funding.

Researchers have raised legitimate concerns about the independence of these websites since the information has the ability to influence our understanding about medicines and may inform our decisions about treatment.

When doctors offer medical advice to patients, they are bound by codes of conduct and they are obliged to convey information transparently so that people can make informed decisions. But on the Internet, it’s a jungle. It difficult for people to find trustworthy sources and reliable guidance when they need it.

Danish Physician Prof Peter Gøtzsche and I were interested to know how online information about the benefits and harms of medicines were being conveyed to the public. We focused on antidepressant drugs, specifically selective serotonin reuptake inhibitors (SSRIs) since they are one of the most widely prescribed drugs for the treatment of depression and other off-label conditions.

We analysed 39 websites in ten different countries published by government bodies, consumer organizations and patient advocacy groups. Our findings were recently published in the International Journal of Risk and Safety in Medicine.

Almost a third of the websites we analysed (31%) accepted drug industry funding and 15% failed to disclose their financial backers. These websites may be prejudiced by industry funding and act as a proxy for direct-to-consumer advertising in countries where it is illegal (all countries but the USA and New Zealand) and are likely to lead to inappropriate use of antidepressants.

Most notably, our study revealed that none of the 39 websites met our standards for scientific accuracy or informed consent, with problems ranging from cherry-picked data, contradictory or inaccurate information. A few examples follow.

Despite a fierce and unresolved debate over SSRIs, all 39 websites promoted the benefits of antidepressants for treating depression, for improving mood, for preventing suicidal thoughts and so on. While many people have testified to the benefits of taking SSRIs, the evidence is not as clear in clinical trials.

The approval of SSIRs was based on their ability to show a “statistically significant” improvement of drug over placebo using a test called the Hamilton Depression Rating Scale (HDRS). But many have argued the HDRS is a blunt instrument and that small statistical improvements do not translate into meaningful outcomes for patients.

We found this was reflected in the websites we analysed i.e. while they promoted the benefits of SSRIs, they didn’t explain that the medications are unlikely to improve Quality of Life (QoL) outcomes such as returning to work, feeling happy (as opposed to numb) and forming intimate relationships (SSRIs cause sexual dysfunction).

Perhaps the most concerning aspect of our study was the widespread downplaying of the causal link between SSRIs and suicidality (i.e. suicide, suicidal thoughts and suicidal attempts). The paradox is that SSRIs are prescribed to reduce the risk of suicidality, but the clinical trials have shown the opposite.

It is important to know that SSRI-induced suicidality is a rare event, but it is a serious event that should not be minimised. SSRIs double the incidence of suicidality at all ages which is why the FDA updated its product labelling.

The FDA’s black box warning says: “Patients of all ages who are started on antidepressant therapy should be monitored appropriately and observed closely for clinical worsening, suicidality, or unusual changes in behaviour” [my bold emphasis].

But only two websites that we analysed stated this accurately. Other websites minimised warnings by stating “there is no clear evidence” or that an association had “not been proved” or that suicidality only occurred in “people under the age of 18” – all of which are inaccurate.

Further, some websites claimed that suicidal “behaviour” was not as serious as a suicide. For example, the Mayo Clinic stated that [despite suicidal thoughts and attempts] “none of the children in any of the studies actually took his or her own life.”

This is problematic on two fronts. First, it ignores the fact that suicidal behaviour is the strongest predictor of an actual suicide. Second, the short-term nature of the trials do not provide an adequate basis of evaluating the effect of SSRIs on rare events like suicides.

Another fallacy promoted by three-quarters of the websites was that depression is caused by a “chemical imbalance” in the brain and that SSRIs could “correct the imbalance”.

The chemical imbalance hypothesis was discredited many years ago but it has persisted in the scientific and lay literature for decades. It was first promulgated by the manufacturer of Prozac (Eli Lilly) and drug companies have had an enormous financial interest in protecting it.

This bogus hypothesis has been highly effective in shaping the public’s perception of the cause of depression. An Australian study showed that 88% of people attributed depression to a chemical imbalance in the brain, and were more likely to take medication.

This type of misinformation reinforces the false belief that SSRIs for depression is the equivalent to taking say, insulin for diabetes, the implication being that they are inflicted with a condition that requires life-long treatment. And once started, many patients continue for decades.

The majority of clinical trials of SSRIs have been short term, typically four to six weeks. And yet, data shows one quarter of people are taking antidepressants for a decade or longer, most likely because they have difficulty quitting the drug.

More than half of people who attempt to come off antidepressants experience withdrawal symptoms, which may include suicidality. It is common for these symptoms to last for several months, and in rare cases, it can last for years. Many patients describe their experience coming off antidepressants as “hell” and say the withdrawal is far worse than the depression itself.

When someone stops taking an SSRI, their body’s adaptive changes take time to recalibrate because they have developed a physical dependence. SSRIs are habit-forming and quitting the drug can cause abstinence symptoms. Addiction closely follows dependence, marked by both a mental and physical reliance on the substance.

Alarmingly, we found that only 1 out of 39 websites mentioned the addictive nature of antidepressants. Unfortunately, doctors often mistake withdrawal symptoms for the return of the depression, in some cases, committing the patient to long-term treatment. However, a study showed that the symptoms of withdrawal from SSRIs are similar to benzodiazepines, the latter of which, are widely acknowledged for their addictive properties.

Our study demonstrates that there is widespread public misinformation about antidepressants online, including websites from trusted and authoritative sources which emphasise the benefits of antidepressants and downplay or misrepresent their harms.

Failing to fully disclose the harms of antidepressants is denying people the option of viable alternatives like psychotherapy, which causes less harm and is often superior to SSRIs in the long run. Given the ever-increasing dominance of the Internet in providing medical information, trustworthy health advice has never been more vital.

In summary, the results of the research carried out by Peter and Maryanne were, numerically:

All 39 websites mentioned the benefits of antidepressants.

29 (74%) websites attributed depression to a “chemical imbalance” or claimed they could fix an imbalance.

Sexual dysfunction was mentioned as a harmful effect on 23 (59%) websites while five (13%) mentioned emotional numbing.

25 (64%) stated that antidepressants may cause increased suicidal ideation, but 23 (92%) of them contained incorrect information, and only 2 (5%) websites noted that the suicide risk is increased in people of all ages.

28 websites (72%) warned patients about withdrawal effects but only one stated that antidepressants can be addictive.

On Twitter, Peter added: “Three-quarters of 39 websites lied about the chemical imbalance, which doesn’t exist; only 2 admitted that depression pills increase suicides at all ages; 22 stated falsely they are not addictive; only one stated the pills can be addictive and warned against abstinence symptoms.”