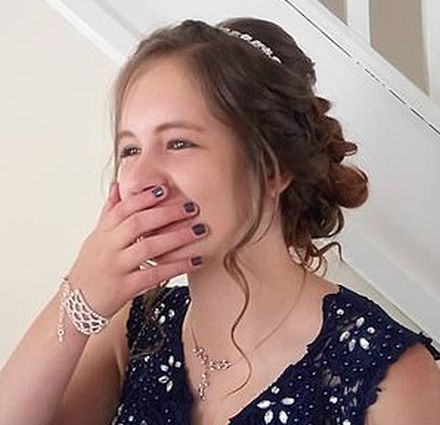 During the evening of December 9th last year, 17-year-old Quinn Beadle (top) walked out of her family’s home in Shildon, County Durham, and hanged herself on a tree at the end of the street. Her father came across the tragic scene twenty minutes later when he went to walk the family dogs and saw paramedics and police. 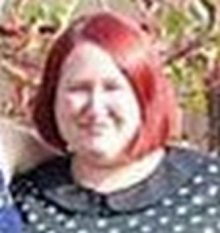 Quinn’s mother Tracey (left) told a journalist from the Mirror, “Quinn was our beautiful daughter; she was kind, funny, stubborn, quirky, crazy and amazing. Sadly, one day, she decided that life was just too hard for her. She walked to the end of our street and hung herself from a little tree, a tree that doesn’t even look strong enough to have held her.

“At first, all we wanted to do was cut that tree down, burn it, and never set eyes on it again. However, the day after she took her life, myself, my husband David and our son Dyllon went to the florist and bought the most beautiful flowers and tied them to the tree. That tree was the last thing to have felt our daughter’s touch, the last thing that she saw.

“As the days went on, Quinn’s friends brought more flowers with the loveliest messages. Our neighbours also brought flowers, people who didn’t even know Quinn brought flowers and candles and that little tree soon became a symbol of beauty to us. It became a place for reflection, and even more important, a place to remember our lovely Quinn.

“We didn’t want it to be this awful place that we didn’t want to look at again. We wanted to reclaim the tree and make it something beautiful. A space that everyone can use that can provide a sanctuary for people.”

From this outpouring of love was born Quinn’s Garden (below & bottom of page) – a place of reflection and sanctuary for anybody who needs it. 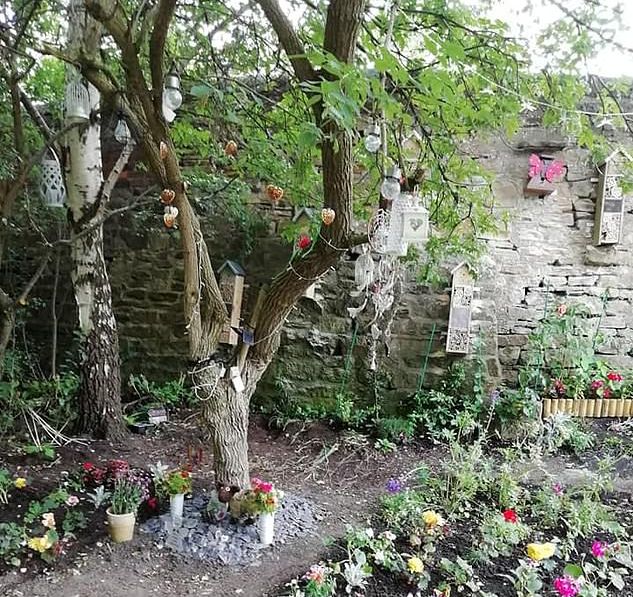 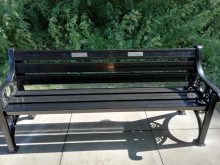 As time has passed, candles, flowers, bird boxes and lights have been added by the family, with contributions from friends, neighbours and local firms.

The family also raised money to place a bench on the site with a dedicated plaque (right) paying tribute to Quinn.

Two years before her death, it was thought that Quinn may have been groomed by an older man. Police investigated the allegations but no arrests were made. Tracey said: “We saw a change in Quinn after this. She just went very secretive. She didn’t want to be around people. She was very down. She always saw the best in everyone and she felt that trust had been broken.”

Quinn was treated at CAMHS and, in June 2018, she went to her GP and told her she was “feeling down” . She was prescribed antidepressants.

Tracey said: “The GP suggested Quinn talk to us about it but she didn’t pressure her. Quinn was 17 and they treated her as an adult, which I think was the right thing to do. Quinn was a model patient. She went every two weeks. She was always open and honest with her then, in September last year, Quinn told us she was taking antidepressants. She carried on seeing the GP and never mentioned suicide. The last time Quinn saw the GP, she noted Quinn seemed brighter and she told the GP she was going out with her friends more.”

At an inquest in April, coroner Tanyka Rawden said that she was not satisfied that she could make a conclusion after listening to all of the witness evidence. She ordered an independent review and adjourned proceedings to allow an expert to review the timeline of events on the evening that Quinn died. A date has not yet been set for the inquest to resume.

The family is now raising money for Quinn’s Retreat. Tracey said: “We want to provide short breaks to families who have lost a loved one due to suicide, but also to people and their families who are feeling low, suffering from depression, anxiety, and suicidal thoughts. Simply a break away from the trials of everyday life, giving them the chance to breathe again. This will be Quinn’s story, and it will never end.

“We’re in the process of setting up Quinn’s Retreat as a registered charity. The first phase is to buy a static caravan and put it somewhere very beautiful. Then we want to work with other charities to recommend people they think would benefit from a break.” 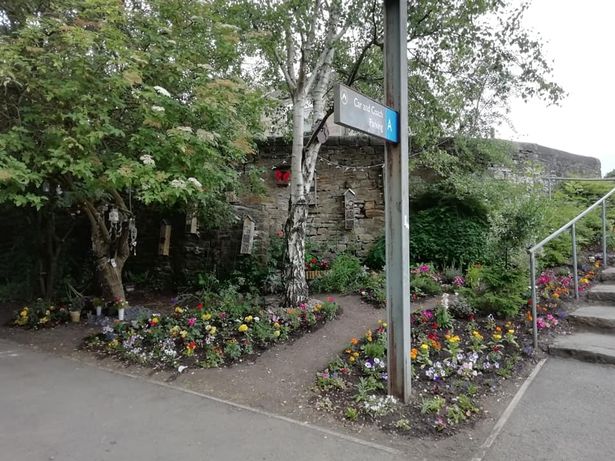