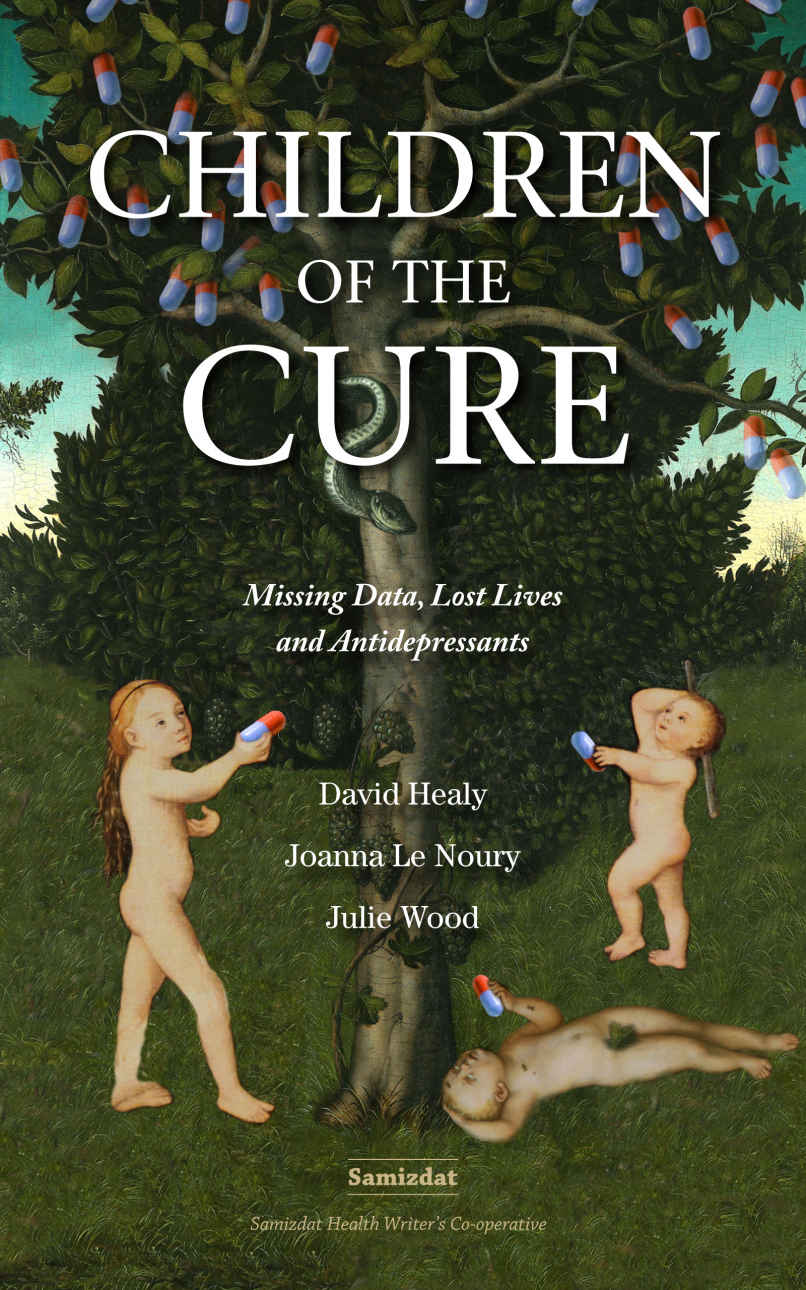 “Children of the Cure tells the story of the only Medical Study that has two publications in the academic literature – telling precisely the opposite story – and how no one is bothered by this. Study 329 was a clinical study that began in 1994 giving a new antidepressant to teenagers. It has become the most famous clinical trial ever, leading to a fraud charge, a $3 billion fine, and a Black Box Warning. Despite now knowing that all trials of antidepressants done in children are negative, sales of these drugs to children and adolescents continue to increase dramatically. This book is written by three members of the team – David Healy, Joanna Le Noury and Julie Wood – who have been behind writing the study and creating the website that hosts a set of documents pharmaceutical companies never expected you would get to see.”

The Preface can be read here.

Earlier this week, this book arrived at our house.

I hope that David Healy and his co-authors don’t mind if I transcribe the first three paragraphs of the Dedication at the beginning of the book.

I have also taken the liberty of adding hyperlinks to help those who may wish to discover, on other pages of this website, more about those who are mentioned in the Dedication.

“Others who became the victims of violence caused by SSRIs like the 12 people who died at a Batman movie in Aurora Colorado, and Rita Schell and Deborah and Alyssa Tobin who died in Gillette Wyoming. This is a growing list.

“There are many others whose lives were badly disrupted by SSRIs but who in some cases have turned the harms into public health advances, like Anne Marie Kelly, Annie Bevan, Katinka Newman, Bob Fiddaman, Leonie Fennell and Coleen Bell.”

During the next few weeks, I hope to read the rest of the book. 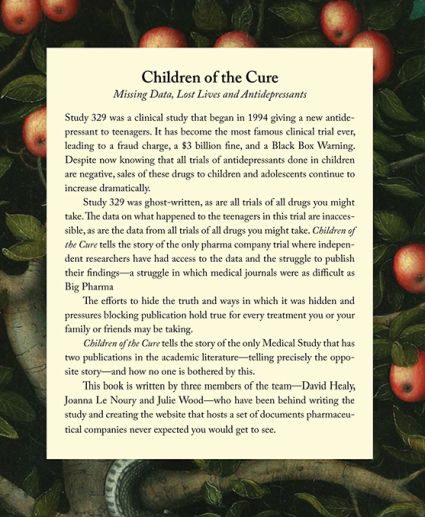