I discovered recently that I have a disorder. According to the latest edition of the American Psychiatric Association’s Diagnostic and Statistical Manual of Mental Disorders, known as DSM-5, I might even have two of them. Having studied summarised versions of the relevant sections, I seem to be suffering some of the symptoms of both CGD (Complicated Grief Disorder) and PGD (Prolonged Grief Disorder).

Wikipedia defines Grief as a multi-faceted response to loss, particularly to the loss of someone or something to which a bond was formed. Although conventionally focused on the emotional response to loss, it also has physical, cognitive, behavioural, social, and philosophical dimensions. While the terms are often used interchangeably, bereavement refers to the state of loss, and grief is the reaction to loss.

Complicated grief is considered when an individual’s ability to resume normal activities and responsibilities is continually disrupted beyond six months of bereavement. Six months is considered to be the appropriate point of CGD consideration, since studies show that most people are able to integrate bereavement into their lives by this time.

I was well past the six-month stage when a doctor at Occupational Health decided that my grief would prevent me from working at least until beyond the statutory retirement age. I therefore retired earlier than I had originally intended.

Prolonged grief is considered when an individual’s ability to function and level of distress over the loss is extreme and persistent. People with PGD feel “stuck” in their grief, a chronic aching and yearning for a cherished person who is now gone, feel that they are not the same person anymore, feel emotionally disconnected from others, and lack the desire to “move on”. In 1998, 9 years after the event, the Home Secretary at the time refused to reopen the Hillsborough enquiry, in spite of new evidence of widespread Police corruption. It was suggested that it was time for the families of the 96 victims to  “move on”. To their eternal credit, they moved nowhere. 14 years later, 23 years after their loved ones were killed, the families were finally given the truth, and new inquests are to be held. Perhaps at that point the surviving members of the families will be able to “move on”, but I doubt it. Their grief has been fuelled by injustice. *

My hope is that the final article to appear on this website will be a transcript of an apology from Lundbeck in which they admit that their pernicious product Citalopram killed my beautiful son. I will not be moving on until, and maybe beyond, that time. My grief has been fuelled by injustice.

Then, in this country alone, there are the thousands of bereaved people who have unknowingly been denied justice. They are the ones who, at the inquest, are not told the complete circumstances under which a loved one died. They are left in ignorance of the role played by antidepressants in their loved one’s death, and leave the court having accepted an incorrect verdict of suicide.

In the definitions of the various grief-related “disorders”, it is noteworthy that the word depression has not been used. Elsewhere, an article on the PsychCentral website states that: Grief and depression occupy two quite different psychological territories, and have vastly different implications with regard to outcome and treatment.

As grief is different from depression, it is no surprise that the Wikipedia articles state that CGD is relatively unresponsive to antidepressants, whereas for PGD Randomised control trials (RCT) have proven tricyclic antidepressants alone or together with interpersonal psychotherapy ineffective.

NICE Guidelines state that, in the first instance, antidepressants should be prescribed only for “moderate to severe depression” – not for grief, which NICE calls a “subthreshold” condition where “the risk benefit ratio is poor.”

In which case, why are GPs continuing to hand out antidepressants to bereaved family members undergoing a grieving process? My database of inquest reports has several incidences of recently-bereaved people taking their own lives while on antidepressants. Here are just a few of those stories:

In 2004, Marlene Myers lost her daughter. After the inquest, she was prescribed antidepressants. She subsequently took an overdose of her medication, then hanged herself. 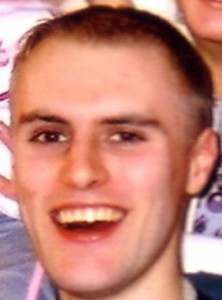 In 2007, 4-year-old Chloe Taylor died after accidentally setting her school dress alight with a cigarette lighter. 5 months later, while on medication for depression, her father Daniel (left) set himself on fire in the garage of his home.

83-year-old Charles Nicholson was prescribed antidepressants after the death of his wife. In April 2009 he drove his mobility scooter to the riverside in Lincoln, where he dismounted and drowned in the river. 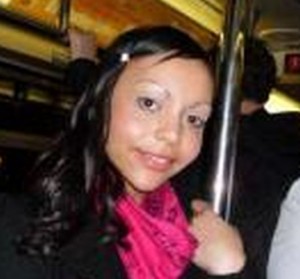 Also in 2009, aspiring actor Nikki Sam-Addae (right) put her career on hold as she nursed her fiancé until his death from a brain tumour. She then started taking antidepressants, and subsequently hanged herself.

Raymond Hague, described as a “very strong character”, lost his wife to cancer in 2010. His GP prescribed Citalopram and, less than 3 months after her death, he hanged himself.

Julie Salmon’s son died in a car crash in 2010. She took an overdose of Citalopram & codeine 3 weeks after his inquest.

In the same year, Rosemarie Smith’s husband died of a brain tumour. Following this, she gave up her job working in a shop, and went on to antidepressants. A month later, she hanged herself.

5 months after the death of his father in 2011, Simon Jenner, who had once “loved life”, feared he might have a breakdown and went to see his GP. He was prescribed antidepressants, and subsequently hanged himself just 3 days later.

In March of last year, 75-year-old Bridget Raby started taking Citalopram following her husband’s death. A month later, she was found in the shower with fatal cuts to her neck and wrist.

In not one of these cases was the death attributed at the inquest to a reaction to the prescribed antidepressants. In most cases, the coroner went along with the assumption that the victim couldn’t face life without a loved one. It would appear more convenient to attribute a suicide to a lack of resilience rather than to an inappropriate prescription of medication.

It is certainly more convenient for the pharmaceutical companies, who continue to rack up enormous profits while leaving behind tragedy in their wake. But surely they wouldn’t stoop so low as to recommend to prescribers that their antidepressants should be used to treat these newly-discovered “disorders”? 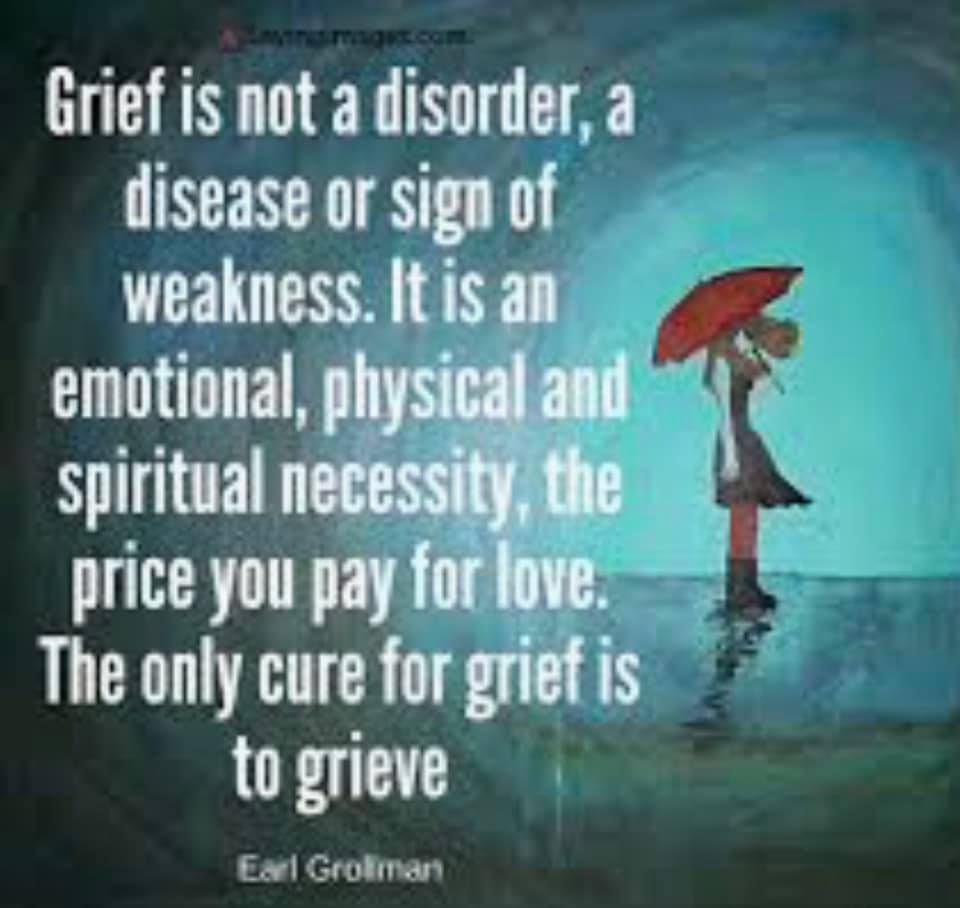 Footnote: * In April 2016, 27 years after the tragedy, a jury decided that all 96 people who died at Hillsborough had been unlawfully killed. 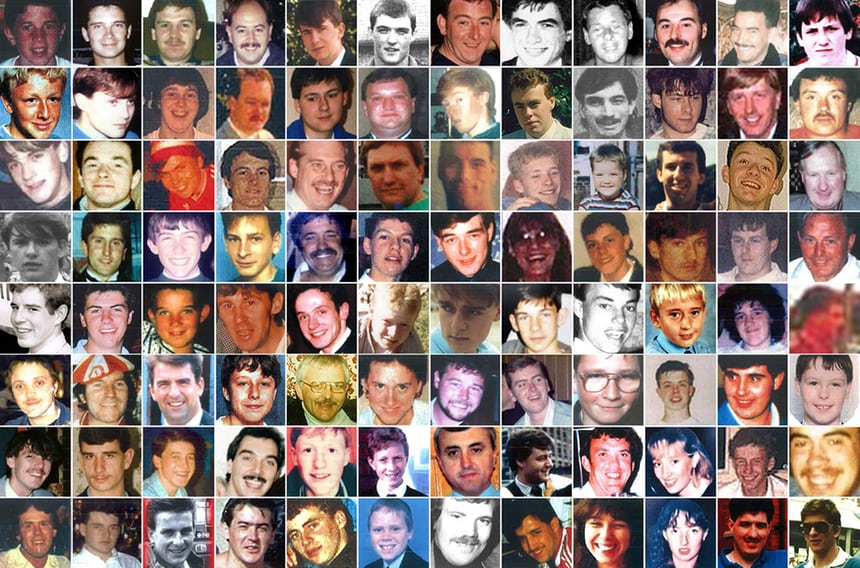