Yesterday was World Suicide Prevention Day. It was a day where, in my mind, I ended up with a lot more questions than answers.

I think it started with Louis Appleby (@ProfLAppleby), chair of the UK National Suicide Prevention Strategy Advisory Group, who marked the occasion with the statement on Twitter that “In England there are almost 4500 suicides/yr.”

My first question to self was “Does he mean 4500 instances of self-inflicted death or 4500 suicide verdicts?” When I analysed my original 1650 inquests, I found that only 43% of them had concluded with suicide verdicts. So if Mr Appleby (left) had meant the latter, that could mean up to 10000 self-inflicted deaths per year in England, which is a mind-boggling number.

My mind then went back to something I’d seen last week. The New Zealand suicide prevention group CASPER had established via an FOI question and subsequently announced on Twitter that: “In NZ 87% of those who suicided in the public health system were on psych drugs.” When I first saw that, I thought it to be an extraordinarily high percentage until I remembered my research. I’d kept a record of inquests of self-inflicted deaths where antidepressants were involved, but did not note any inquest where it was said that medication was not a factor.

Although my figures are bound to be approximate, and although I have no evidence at all, I would say from memory that the number of reports I read where it was reported that medication was not involved was certainly less than 50, or 3% of the total. So my completely unofficial total of those on “psych drugs” would be even higher than that of New Zealand.

But how accurate is my answer? Are my figures skewed by the search terms I use in Google? And is my sample large enough? I probably found no more than 600 newspaper reports from last year to arrive at my total of 263 antidepressant-related “suicides”, or only about 15% of Mr Appleby’s figure. And most of those gave me no answers because they didn’t even mention toxicology.

Would it be possible for me to find out what the actual figures are? I sent Mr Appleby a message via Twitter: “In NZ, 87% of suicides are on psychiatric meds. What is the official figure for England?”, but I have not received an answer.

I don’t expect an answer because I doubt if it would it ever be possible to produce an accurate official figure without radical changes in recording procedures. Has anybody ever attempted this? Are detailed statistics kept somewhere? If they are, I have never seen them revealed. The ONS came out with some figures recently, but, apparently, they came from death certificates and would have applied to overdoses.

Let’s take a very small sample: the infamous five hanging victims, inquests for whom were held one morning in March this year by coroner Robin Balmain (left). Mr Balmain said at the end of the morning “I don’t know what the explanation is.” Toxicology was not reported in the newspapers for any of these inquests. Does that mean Mr Balmain knows whether medication was involved, but is keeping the information to himself, or does it mean that Mr Balmain never attempted to discover the information?  Out of the 5 hanging victims, will the number who were on antidepressants at the time of their death ever be placed in the public domain so we can know the answer? 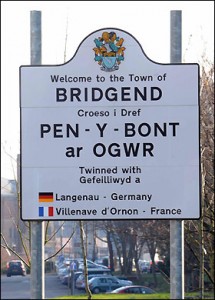 A slightly larger sample that probably could be investigated is that of the 78 Bridgend hanging victims. How many of those deaths were linked to medication? Not many of the inquests were reported, as the Police asked the media to stop covering the deaths in an attempt to prevent what they referred to as “copycat suicides”. In fact, I found that antidepressants were a factor in just 9 of the inquests, but, on the other hand, failed to find an inquest in which antidepressants were not involved.

So my Bridgend statistics can be summed up as: AD involvement 11%, untreated 0%, unknown 89%. I would expect that it would be possible to eliminate most of the “unknown” number by accessing medical records so that, at least, we could see to what proportion of victims medication had been prescribed.

For the present, however, neither the local MP or the Welsh Minister of Health seems inclined to want to know the answers. Or, maybe, is it because they already know the answers?

Are we ever to find out the proportion of suicides that are linked to antidepressants? I can’t see how we are going to find out the answer to the question. I accept that my research cannot produce a totally accurate picture. I know from my study of local newspapers that few suicide inquests are reported in the larger towns; the inquests I’ve recorded are, in most cases, from rural areas. And even in the shires, the situation is patchy. In the case of the predominant newspaper chain in Cheshire, for example, why has not one “suicide” inquest been reported in the online editions for the past 8 months? The 3 Cheshire inquests in my 2013 database all came from the South-East of the county, and were reported in a Staffordshire newspaper.

So, on World Suicide Prevention Day, the only answer I think I discovered is that, whatever the number of suicides, an uncertain but significant majority of them occur when the victim is, or has recently been, taking antidepressant medication.

But will Mr Appleby or anybody else ever be able to give us the real answer?

And still there are more questions:

Why do I keep humming the song “There are More Questions than Answers”?

And who wrote and sang it?

Now, I do know the answer to that one.

One Reply to “More Questions than Answers”