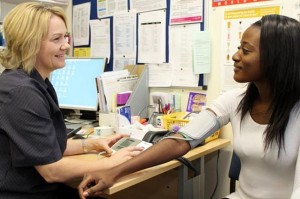 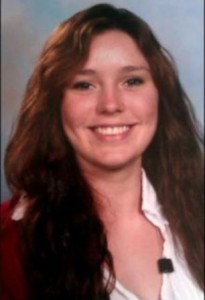 She had moved back to her mother’s Southampton home after transferring from the University of Kent to be near her boyfriend. She grew anxious about her studies and, for the first time in her life, she began displaying signs of mental illness. Hannah’s well-being deteriorated to the extent that, within a week, she started having severe panic attacks and she had to be prevented from strangling herself.

During this time, she saw police officers, paramedics and A & E doctors, all of whom concluded that she needed specialist help.

On an October morning last year, after she had spent nine days repeatedly asking for treatment in the city’s mental health unit, Hannah was being assessed at a police station when a police officer phoned the unit.

A social worker at the unit was alleged to have told the officer: ‘Yeah, I know her, she is a f—ing waste of space, she’s an attention seeker.’

Within three hours Hannah was found dead at the family home, having hanged herself with scarves and belts.

We are not told whether Hannah was given any medication during the last fortnight of her life, but what the reports describe as “panic attacks” could have been akathisia, a condition characterised by unpleasant sensations of inner agitation and confusion which can result from an adverse reaction to psychiatric medication. I hope that the forthcoming enquiry establishes whether or not this was the case with Hannah, as a failure by a specialist mental health unit to recognise akathisia would surely amount to negligence.

Last year, another Southampton student lost his life. 20-year-old Arran Cook was finding college life difficult as he had anxiety issues and often struggled with social situations. Unknown to his parents, he went to a doctor and was prescribed medication. Some days later, Arran died from multiple injuries having been struck by a train.

Going to college or university can bring about a level of anxiety not previously experienced. Hannah was anxious about her studies, Arran was anxious about social situations. Anxiety can be also be triggered by a number of situations, including relationship problems, time management issues, exam nerves, health worries, self-image doubts or financial difficulties.

Very often, anxious students are living away from family members with whom they could talk through their anxieties. In most universities, the alternative would be the well-advertised students’ medical centre with its ease of accessibility to students. (In King’s College London, known for its connections with major antidepressant manufacturers, there is even a Centre for Anxiety Disorders and Trauma, or CADAT). At the medical centre, counselling sessions may or may not be available, but too many students are tempted by the quick-fix solution of a pack of antidepressants if offered.

It is important, however, to remember that NICE recommends antidepressants only for moderate to severe depression. Anxiety is different from depression, and therefore should not be treated with antidepressants. At best, antidepressants are ineffective, at worst they can they can produce tragic consequences.

My database of inquests lists a number of students who took their lives after having been mis-prescribed antidepressants (ADs) or “medication for depression” (MfD)  for anxiety: 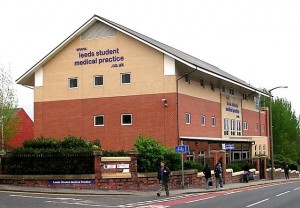 Before heading to the medical centre, students may find it useful to check out the excellent online self-help booklet produced by Leeds Student Medical Practice, The booklet aims to help students to recognise whether or not they may be suffering from symptoms of anxiety. It helps students understand what anxiety is, what can cause it, and how it may be overcome by learning better ways of coping with it. It contains a useful checklist and several techniques such as deep muscle relaxation, controlled breathing and distraction, as well as some self-administered CBT.

The booklet, which is based upon information from Northumberland Mental Health Trust, states that “Most people with anxiety can benefit from self help such as this leaflet. If having used the booklet you feel you need more help, you should discuss this with your GP, who will tell you about alternative treatments and local services.”

And at no point does it refer to anxiety as a “disorder”.

The Armed Forces, PTSD and Antidepressants