Earlier this month, I came across a report of an inquest into the tragic death of a lady from West Yorkshire in the Huddersfield Daily Examiner. Here is an edited version of the report – the full report can be found by clicking the link above.

A DEVOTED mum-of-two died after accidentally taking a fatal combination of prescription drugs, an inquest heard.

… The court heard Mrs Speake had been to her GP six times since November 19 to receive treatment for anxiety and an eating disorder which had developed in the last two months.

The inquest heard she was referred to mental health professionals and prescribed medication by GP Katherine Smith at Mirfield Health Centre.

The court heard she was found to have an allergic reaction to some of the medication and twice visited A&E with a severe rash.

Her medication was subsequently reviewed and she was given further prescription drugs and told to stop taking the previous prescription, if she had any remaining.

He said toxicology also showed Mrs Speake had taken a fatal dose of morphine but said it was unclear how she had come about that drug which was not prescribed to her.

Having read this rather confused report, I came to the conclusion that if antidepressants had been involved in this case, then the coroner had tied himself in verbal knots, using repetition of the words “prescribed” and “prescription” drugs, in order to avoid use of the “a-word”.

However, 4 days later I read a much clearer report in the Dewsbury Reporter. Here again is an edited version:

Tragic death of mum from cocktail of drugs

A loving mum-of-two suffering from anxiety died after accidentally overdosing on a cocktail of medication, an inquest heard.

Nichola Speake was found unconscious at her home … after taking a mixture of anti-depressants, morphine and alcohol.

Huddersfield Coroner’s Court heard that Mrs Speake, 36, had struggled with an eating disorder and depression in her teens, but the problems had recurred. The inquest heard she had not eaten or slept for several days before she was found dead on December 21 last year.

The hearing was told that Mrs Speake was found to have an allergic reaction to some of her medication and was given a different prescription and told to stop taking the previous drugs. But West Yorkshire Deputy Coroner Tim Ratcliffe concluded it was clear she had ignored Dr Smith’s advice and taken a combination of the drugs.

He said toxicology results also showed Mrs Speake had taken a fatal dose of morphine but said it was a mystery how she had come about the drug, which had not been prescribed …

Mr Ratcliffe recorded a verdict of misadventure. He said: “Nichola did the right thing. She went to the doctors and asked for advice. I can find that Nichola took those drugs to help her, but sadly they did not do so.” 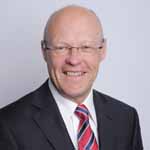 I must apologise to Deputy Coroner Tim Ratcliffe (right) for my negative thoughts towards him. It turns out that the coroner had not, in fact, shied away from using the term “antidepressants”. The decision not to mention the “A-word” appears to have been taken at the offices of the Huddersfield Daily Examiner. I would be interested to know the reasons behind this decision.

The coroner’s summing-up, omitted in the Huddersfield Daily Examiner but reported in the Dewsbury Reporter, also bears further examination. Mr Ratcliffe was certainly accurate when he stated that the medication did not help at all. 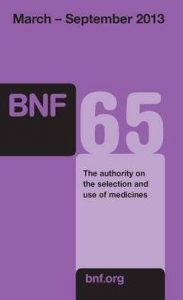 The change of antidepressants proved to be a critical decision for Mrs Speake. The British National Formulary informs subscribers that “the use of antidepressants has been linked with suicidal thoughts and behaviour. Where necessary patients should be monitored for suicidal behaviour, self-harm or hostility, particularly at the beginning of treatment or if the dose is changed”. There is no record of her being advised about the problems that could emanate from changing dosage.

But should Mrs Speake have been prescribed antidepressants in the first place? The inquest was told that she was not suffering from moderate to deep depression, but “anxiety”. The National Institute for Health and Clinical Excellence (NICE) guidelines recommend that doctors “do not use antidepressants routinely to treat persistent subthreshold depressive symptoms or mild depression because the risk-benefit ratio is poor.”

Moreover, to prescribe antidepressants for somebody with an eating disorder is not always a good idea as one of the recognised side-effects of antidepressants is to induce loss of appetite.

Elsewhere on this site, I have criticised coroners for not displaying what Robert Francis QC referred to as “openness, transparency and candour”. In this particular case, these qualities were all present at the inquest, whereas somebody at the Huddersfield Daily Examiner chose to use selective editing to provide readers with an incomplete report.

As soon as the article was published, I sent this email to the editor of the Huddersfield Daily Examiner.

On my website, I recently featured an inquest report written in your newspaper: http://antidepaware.co.uk/one-inquest-two-reports/

It concerned me that your unwillingness to mention antidepressants had resulted in an article in which the repetition of the phrase “prescription drugs” had made it confusing for the reader.

I would be interested as to why reference to antidepressants was omitted from the report, along with the summing-up of the coroner: “Nichola did the right thing. She went to the doctors and asked for advice. I can find that Nichola took those drugs to help her, but sadly they did not do so.”

As I wrote in my article, “The decision not to mention the ‘A-word’ appears to have been taken at the offices of the Huddersfield Daily Examiner. I would be interested to know the reasons behind this decision.”

I look forward to hearing from you,

Exactly one month later, I am still waiting for a reply.