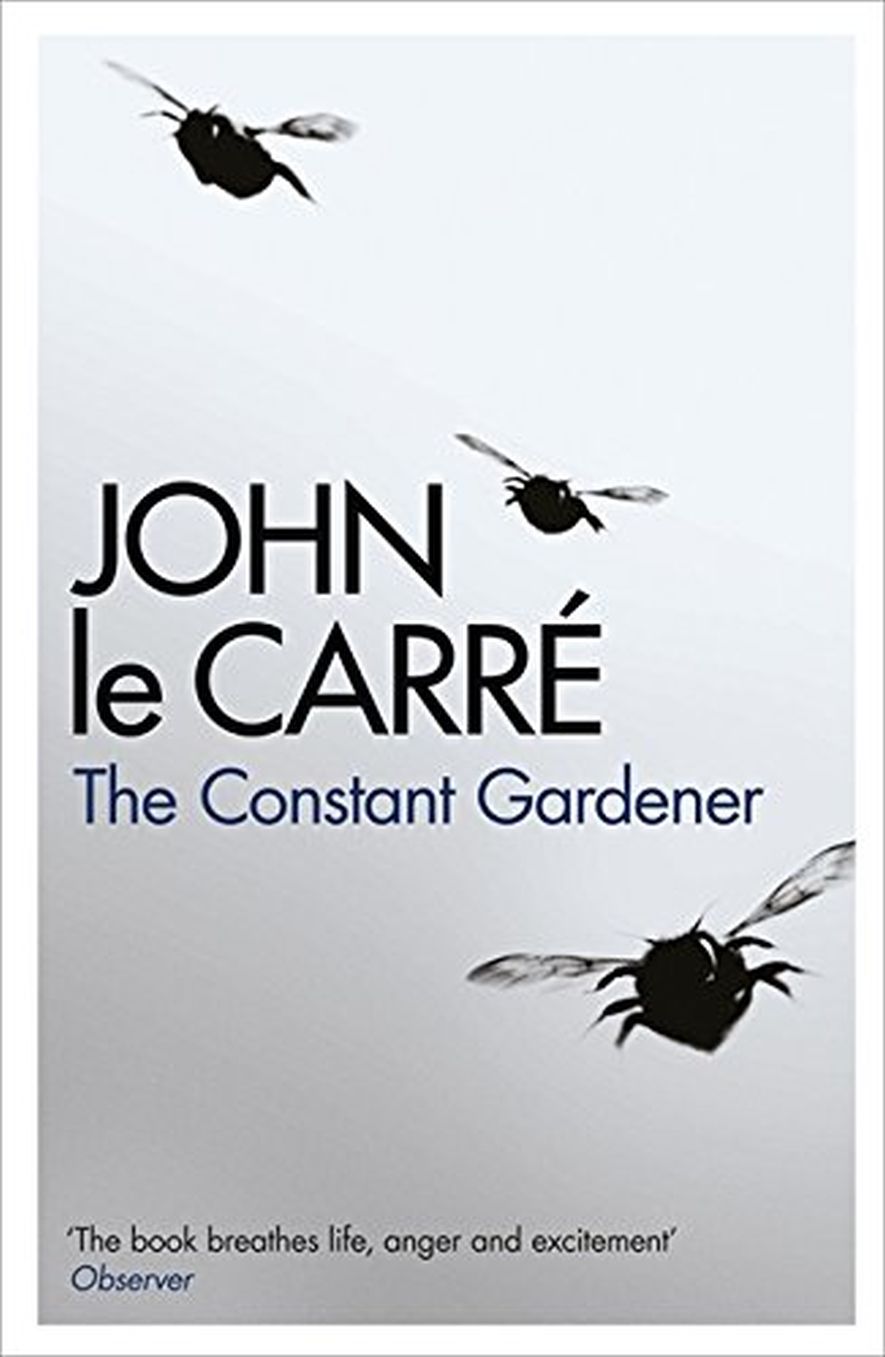 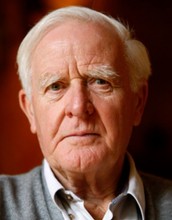 In the 1950s and 1960s, while working for the Secret Intelligence Service (MI6), David Cornwell (right) began writing novels under the pen name John le Carré. His third novel ‘The Spy Who Came in from the Cold’ (1963) became an international best-seller, and it remains one of his best-known works. Following the success of this novel, David left MI6 to become a full-time author.

In 2001, David wrote ‘The Constant Gardener’ (top). It tells the story of Justin Quayle, a British diplomat whose activist wife Tessa is murdered. Believing that there is something behind the murder, he seeks to uncover the truth and finds an international conspiracy of corrupt bureaucracy and pharmaceutical money.

Four years later, the book was adapted into a highly-acclaimed film of the same name, featuring Ralph Fiennes in the title role. The film won several awards, including an Oscar for Rachel Weisz, who played Tessa.

Last week, BBC Radio nominated ‘John le Carré: The Biography’, written by Adam Sisman, as its ‘Book of the Week’, and broadcast an abridged version, spread over five 30-minute episodes.

The excerpt below is from Episode 5,  read by Stephen Boxer, and begins about 3 minutes into the broadcast.

[I have transcribed the text below from the radio version, so my punctuation may not be identical to the original. In addition, I have inserted a few hyperlinks which, of course, will not be found in Adam Sisman’s book.]

The origins of ‘The Constant Gardener’ went back to a chance encounter one summer’s evening when he [David] was drinking in a beer hall in Basel. A black-bearded cyclist in a beret had ridden through the open double doors, parked his bike at David’s table, and started talking.

He was a former chemist, he explained, but now he was an anarchist because he refused to take part in the poisoning of mankind.

The multinational pharmaceutical companies clustered along the banks of the upper Rhine. “They would poison the globe,” he said, “if by doing so they could bump up their share prices.”

David enjoyed a frisson of forewarning. “One day”, he thought, “I’ll find a way to write about you and your multis.” He stored away the cyclist’s fury for future use.

About fifteen years later he was sitting in a small London restaurant when an elegant grey-suited man appeared with a basket of fresh cut flowers under his arm, and began bestowing bouquets on each group of diners before accepting a kiss and a glass of wine from the proprietress.

He pinned this page on his notice board. It would prove to be the first sketch of the character at the centre of his next novel: Justin Quayle, a dignified, quietly spoken, middle-aged diplomat. A mild-mannered gardener.

He too has lost someone to whom he will remain constant, even when it appears that she has betrayed him. Hence the eventual title of the novel ‘The Constant Gardener’.

David planned to set the novel in Africa. He wanted to write about the crimes of unbridled capitalism, nowhere more evident than in Africa.

Ted Younie, a former SIS man who had spent almost all his career in Africa, whispered “Pharmaceuticals” in his ear. David spent some weeks in Basel, talking in confidence to middle managers in pharmaceutical companies, who told him shocking stories of falsification of clinical trials and humans in poor countries being used as guinea pigs.

He had decided to set the novel in Kenya, and flew out to Nairobi. He was shocked by what he found. The country had been devastated by the AIDS epidemic and by rampant corruption.

“Nobody has so far offered me the least hope for the future of Kenya,” he wrote in his notebook. 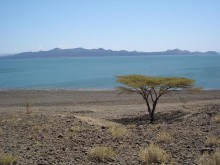 Some of the most vivid scenes of the novel would be set in the remote North, near the banks of Lake Turkana (right). David engaged a pilot and a private plane to fly him up there so that he could take a look around.

Turkana borders South Sudan, a region devastated by famine and drought, and a civil war that been raging on and off since the mid 1950s. The Government in Khartoum employed a local militia of armed horsemen, the Janjaweed, to terrorise the population and suppress the insurgency.

The more that David investigated the behaviour of drug companies in Africa, the more outraged he became.

They dumped inappropriate or out-of-date medicines on the Africans, suppressed information about their contra-indications, and encouraged their indiscriminate use. David was shocked to discover how closely the industry was tied to Western governments. All too often, it seemed, doctors and research facilities were in the pockets of the pharmaceuticals.

He believed it possible that, in extremis, the most unscrupulous pharmaceutical companies might resort to murder in order to silence their critics. “I am sure people have died,” he would tell interviewers.

The depiction of a nation riddled with corrupt policemen, officials and politicians was not appreciated by the Kenyan authorities. It became a joke in Nairobi that, to avoid trouble with the authorities, bookshops stocked ‘The Constant Gardener’ in the gardening section.

The end-credits for the film include the following disclaimer: “Nobody in this story, and no outfit or corporation, thank God, is based upon an actual person or outfit in the real world. But I can tell you this: as my journey through the pharmaceutical jungle progressed, I came to realise that, by comparison with the reality, my story was as tame as a holiday postcard. John Le Carré”

‘The Constant Gardener’ was published originally in 2001, the same year as GSK published their infamous ‘Study 329’

Thanks to my good friend Leonie for pointing me in the direction of the podcast. 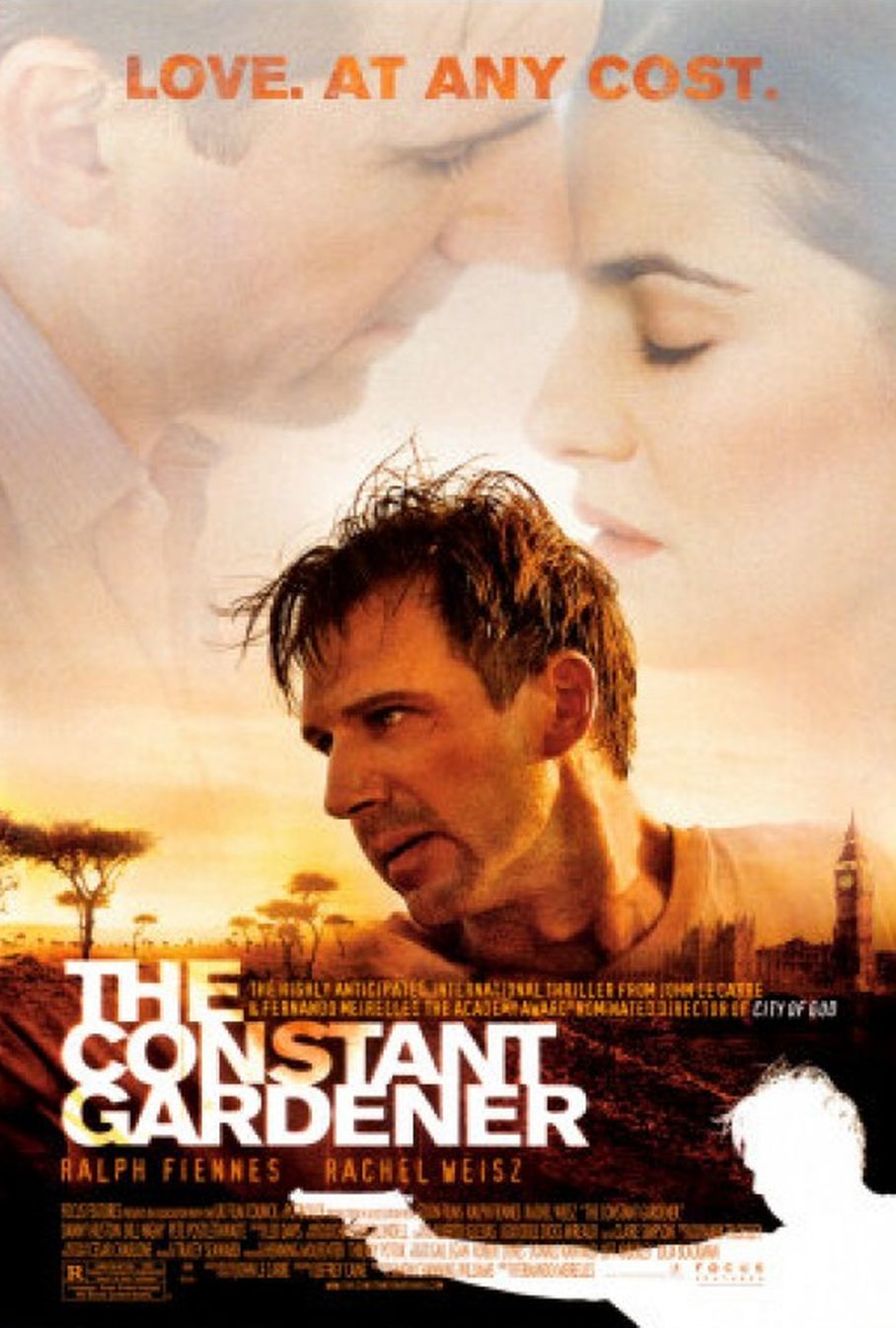