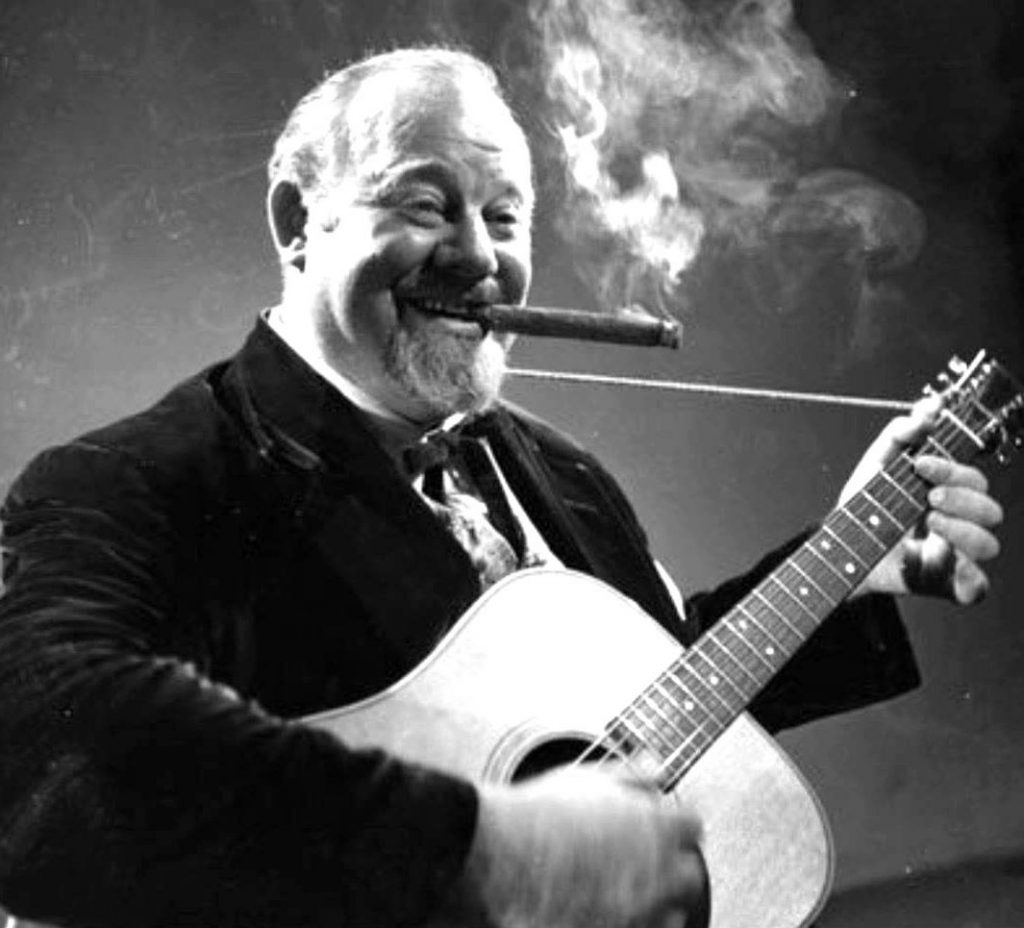 I am old enough to be familiar with a humorous children’s song by Burl Ives (top), recorded in 1953, which was played every now and then on what was known at the time as the wireless. I Know an Old Lady told the story of an old lady who swallowed a fly, followed by a succession of larger creatures, each to catch the previous creature, until the lady, and the song, reached a predictable conclusion.

Wikipedia says about the song: “The absurdity stems from the increasingly improbable solutions that only worsen the initial problem and are more likely to cause the woman’s death.”

The psychiatric equivalent of this song is polypharmacy, defined as “the concurrent use of multiple medications by a patient.” 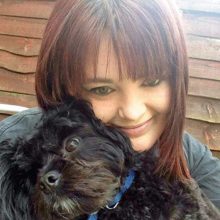 30-year-old Alana Feakins (left) died on October 10th last year, when she deliberately suffocated herself at Wotton Lawn Hospital, Gloucester, 18 days after she had been admitted with thoughts of self harm and hearing voices.

Psychiatrist Dr Faisal Khan told last week’s inquest that Alana had been under the mental health team since around 2010, and that In February last year she was admitted informally to Wotton Lawn after she became distressed. She accepted medication that she had previously refused and was discharged later that month.

Alana was re-admitted to Wotton Lawn (right) for short periods in April and June, before being detained under Section 136 of the Mental Health Act on September 22nd when she was making threats to end her life. The medical team looked at ways of transition back into the community but, on October 1st, during a period of unescorted leave, she was found by police near the railway tracks and reluctantly returned with staff back to the hospital.

Dr Khan told the court that Alana had been diagnosed with Emotional Unstable Personality Disorder (aka Borderline Personality Disorder), which is defined as “a long-term pattern of abnormal behaviour characterised by unstable relationships with other people, unstable sense of self and unstable emotions.”

She was placed on 30 minute observations, but after October 7th Dr Khan rescinded her detainment under the Mental Health Act and she was put on “general observations.”

The mental health nurse who was on duty the weekend that Alana died said that checks on her would have been done around meal times, staff changeovers and when medication was being distributed.

Dr Khan said that it was considered that “frequent restraining of Miss Feakins might have a detrimental effect,” and they were looking for her to take responsibility for her own safety and therefore placing her as an informal patient with rights to leave. That meant that she took ownership of her condition. But, in the early hours of October 8th, Alana attempted to asphyxiate herself.

Dr John Smallwood, who was on duty at the time, decided to section Alana as he believed “she was feeling anxious about her impending discharge.” He also told the court he did not feel that Alana had any intention to take her own life while an in-patient and he was more worried how she would react if she discharged herself.

When coroner Caroline Saunders asked him to elaborate further as to why he thought that, Dr Smallwood said that previous attempts had been “superficial, in public places and she often told staff beforehand.” 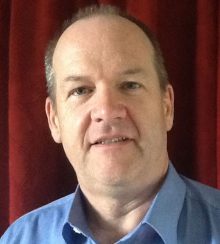 Dr Christopher Fear (left), consultant psychiatrist and medical director of the hospital trust, was asked by the coroner if anything more could have been done. Dr Fear replied that “Miss Feakins was as well-managed as she could be.”

He then added a completely illogical statement in an attempt to justify the regime of polypharmacy: “There is no specific medication for Emotional Unstable Personality Disorder, but the amount of medications she was on is a reflection of the work staff put in to alleviate her symptoms related to her condition.”

The jury recorded a narrative conclusion, saying that Alana died as a result of suicide which was contributed to by her ability to gain access to items to aid suicide.

While Alana’s inquest was taking place in Gloucester, an inquest in Winchester was hearing about the death of 37-year-old Mark Vidler, who was found hanged in woodland at Bramdean on June 4th this year.

The inquest heard that Mark had been admitted to psychiatric wards on four occasions in the months before his death, and had been diagnosed with emotionally unstable personality disorder and depression. The court was also told that Mark had been taken off some of his medication before his death, but consultant psychiatrist Dr Oluwafemi Ogeleye confirmed that there were a range of treatments available that were a matter for individual clinicians to decide.

Mark’s mother Kathleen said that, the week before his death, her son had jumped out of a moving car on route to Melbury Lodge, a mental health unit, but this was not passed along to medical staff when she called the Lodge. 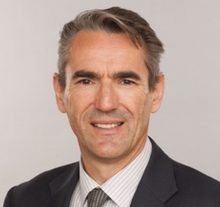 Coroner Simon Burge (right) said that the failure to record the incident was “significant” and that there had been a “breakdown in communication“. He added: “It seems to me that it is certainly possible that had Dr Ogeleye been made aware of the incident that his concerns would have been heightened,” and recorded a verdict of suicide. 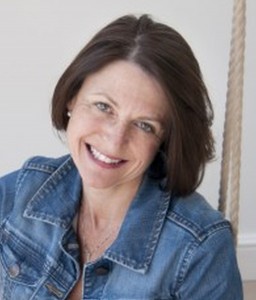 In her book The Pill that Steals Lives, Katinka Blackford Newman (left) tells how, during a spell of a few months in the Nightingale Hospital, she was given a whole selection of drugs, including antidepressants Mirtazapine, Sertaline, Fluoxetine and Venlafaxine, anti-psychotics Risperidone and Olanzapine, anti-convulsant Lamotrigine, mood-stabiliser Lithium and sedative Zopiclone.

She has described how she became “a complete zombie,” was unable to wash or look after herself, and had to be looked after by a 24-hour carer. She couldn’t feel empathy or love for her two children, she was unable to work or concentrate, she put on 20 kg and she became suicidal.

Eventually, Katinka became so ill from the combination of drugs she’d been given that out of desperation she took herself to a local NHS hospital where she was admitted as an emergency. Thankfully, the doctors had the sense to take her off all the prescription drugs, apart from a low dose of Venlafaxine.

Following two weeks of horrendous withdrawal, she began to recover from a year-long illness that was induced entirely by medication. Katinka decided to stop taking Venlafaxine altogether, went back to work and vowed never to take antidepressant medication again.

Reports from the inquests of Alana and Mark did not specify exactly what combinations of psychiatric medication had been tried out on them by the psychiatrists at Wotton Lawn and Melbury Lodge. Yet we know that, like Katinka, they received a wide selection.

Research has shown that the risk of suicidal ideation is exacerbated when patients are given “multiple psychotropic drugs, and specific drug combinations such as benzodiazepines with antidepressants“. Yet, in spite of this, psychiatrists continue to use the same sense of logic as the old lady in the song. 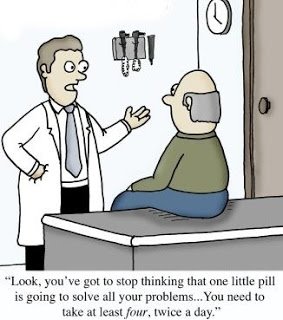 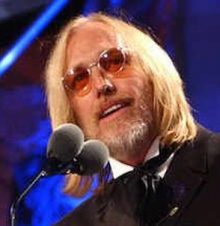 On October 2nd last year, musician Tom Petty (right) died in hospital after being found unconscious at his home in Malibu. He was 66.

According to a statement issued by his family yesterday, Tom died of an accidental overdose of medication. The Los Angeles coroner’s office attributed his death to “multisystem organ failure” due to a “mixed toxicity” of seven medications.

Tom had been suffering pain as a result of a broken hip. Four of the seven medications were opioids: Oxycodone, Fentanyl and two derivatives, Acetylfentanyl and Despropionyl Fentanyl.

He was also taking benzodiazepines Restoril (aka Temazepam)  and Xanax (Alprazolam), as well as the SSRI antidepressant Celexa / Citalopram.