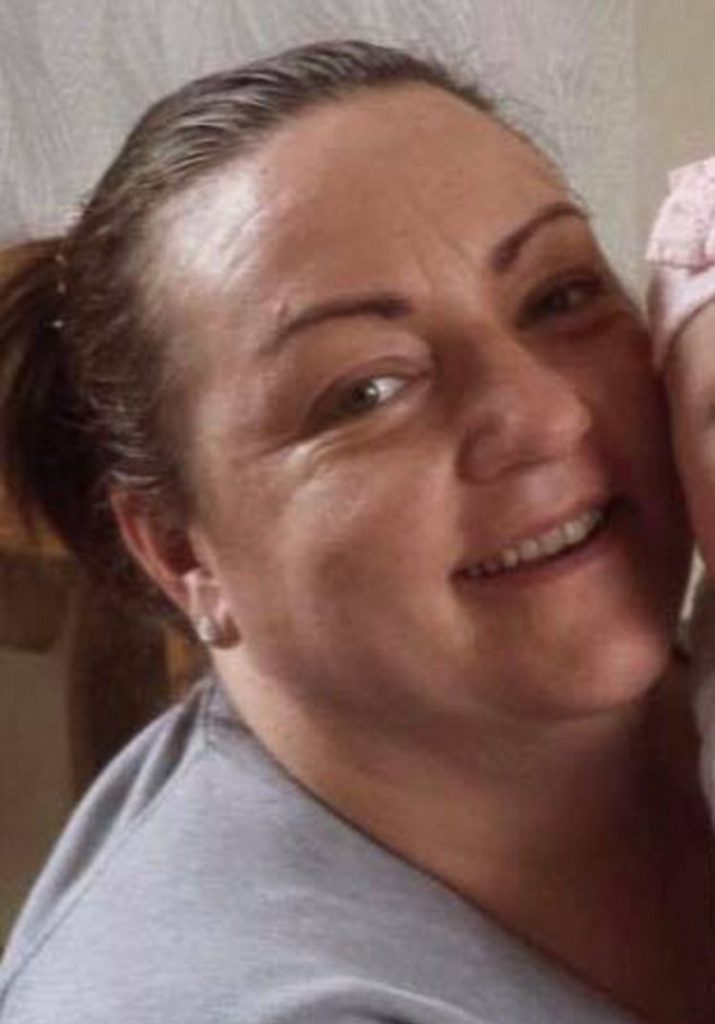 On the morning of Wednesday November 29th last year, Diane Brown (top) arrived at her home in Royton, Greater Manchester, following a night-shift at Rochdale Infirmary where she worked as a nurse. 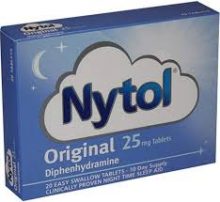 After taking the children to school, Diane took her prescribed medication, as well as some tablets of Nytol, an over-the-counter sleeping aid intended to help her sleep during the day. Tragically, Diane collapsed on the kitchen floor and died.

An inquest in Heywood this week heard that Diane was married and had three sons, aged 23, 15 and 5. She was described as a “relatively fit and healthy 44-year-old”. 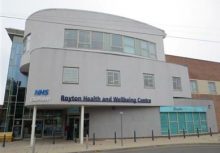 Diane suffered from a slipped disc. Doctors at the Royton and Crompton Family Practice (left) had been treating her chronic back pain with Oxycodone, Amitriptyline and Pregabalin (aka Lyrica). Diane was also still taking Fluoxetine (aka Prozac), prescribed initially for post-natal depression after the birth of her youngest son five years previously.

More recently, Diane had been given a “top-up” of tranquilliser Diazepam (aka Valium), alongside antibiotic Flucloxacillin and antihistamine Hydroxyzine, which were also issued in the months before her death.

Diane’s husband David told the court: “I am sure, and the family are sure, that Diane would not take too much medication on purpose. She was looking at wedding dresses with my daughter, she was looking to the future. She was making plans. I think it was a case of taking medication because of the pain, she had been tired. She had been to school with the children. She had rung me up that morning and she seemed alright; she had rung up her mum to sort the kids’ swimming things out. I think she must have just taken too many sleeping tablets.”

Dr Salim Mohammad, Diane’s GP at the Practice, said: “Diane was a patient that I knew very well and we had a very good doctor-patient relationship. She had chronic medical issues – back pain, anxiety and depression. They came hand-in-hand with issues regarding medication. She was prescribed strong painkillers to treat severe back pain.

“Diane’s family members got in touch in April 2014 and were concerned about her medication usage and they seemed to be worried about addiction. I had a consultation with Diane that day and got a picture of her history. She was under the care of a back pain specialist and a consultant psychiatrist. Diane was very keen to seek help and was open and honest.”

Coroner Lisa Hashmi asked Dr Mohammad whether Mrs Brown was being prescribed too much medication. His reply was: “For someone with acute back pain, this would be quite the picture – when someone would have flare ups, their prescribed medication would not be enough. But the additional amount of medication prescribed never went over the guidelines. Codeine, Cocodamol and Nytol were all found at her home address which is all available over the counter. Chlordiazepoxide, which is a prescription-only drug used to treat anxiety is a drug present in toxicology but we not know where she got that from.”

Toxicologist Dr Julie Evans found that as well as Chlordiazepoxide (aka Librium), Fluoxetine, codeine, Pregabalin, and Amitriptyline were present in her system at normal levels.

Nytol was also found. Dr Evans said: “This is a drug that is subject to abuse, there are people who may become dependent on it because of its sleeping properties. There was evidence of her using all of these drugs and it was quite a cocktail.”

Recording a conclusion of misadventure, the coroner said: “Being a nurse she would have had a good knowledge of medications. She had been in chronic pain for a number of years and had a lumber spinal problem. I have no doubt that being a hard working mother and running a home would have added to that pain.

“Her depression and anxiety was not the focus at the time of her death – the focus was around sleeping problems, and chronic pain can cause a lot of problems, Diane has come home from a night shift and the most likely course of events is that she has taken too much medication.

‘Given her knowledge of medication I am satisfied that she would have known the risk and known her tolerance to the medication. The levels of drugs in her system were not overly high, it seems to have been a mix of drugs. Diane was a relatively healthy young woman, albeit with chronic back pain, and some level of addiction.’

Wikipedia defines Polypharmacy as “the concurrent use of multiple medications by a patient”. It is associated usually with elderly patients. There may well be a legitimate reason for prescribing different sorts of medication simultaneously to patients suffering from a number of complex problems. However, some care homes have been criticised for overuse of sedatives as a form of chemical restraint. 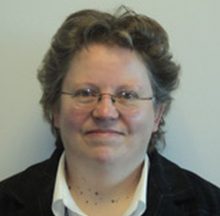 In 2016, Caroline Abrahams (right), Charity Director at Age UK, said: “We know that the more medications you take, the greater the risks, such the risk of giddiness and of falling.  This is because of what happens when ‎different drugs interact and, in the worst cases, older people can even end up in hospital.

“This will be an increasing problem as our population ages, with as many as three million older people expected to be regularly taking multiple medicines by 2018. It is therefore extremely important that it becomes routine for older people to have their medication reviewed regularly, and the more drugs they are taking the more important this is.”

Polypharmacy is a policy which is fraught with risks for patients of any age, particularly when psychotropic drugs are involved.

Although, at Diane’s inquest,  the GP and the toxicologist were keen to flag up the rôle played by over-the-counter medication Nytol, the prescription-only drugs she was taking were far more likely to create problems of dependency, even if the dosage of each individual drug was within “the guidelines”. Benzodiazepine tranquillisers like Diazepam are notoriously difficult to withdraw from, as are SSRI antidepressants such as Fluoxetine. Pregabalin and Amitriptyline can also cause dependence issues.

In spite of this array of prescribed medication, Diane was expected to hold down a demanding job and raise a family. She was let down badly by her fellow-professionals who ignored the obvious dangers of prescribing her so many powerful drugs at one time. 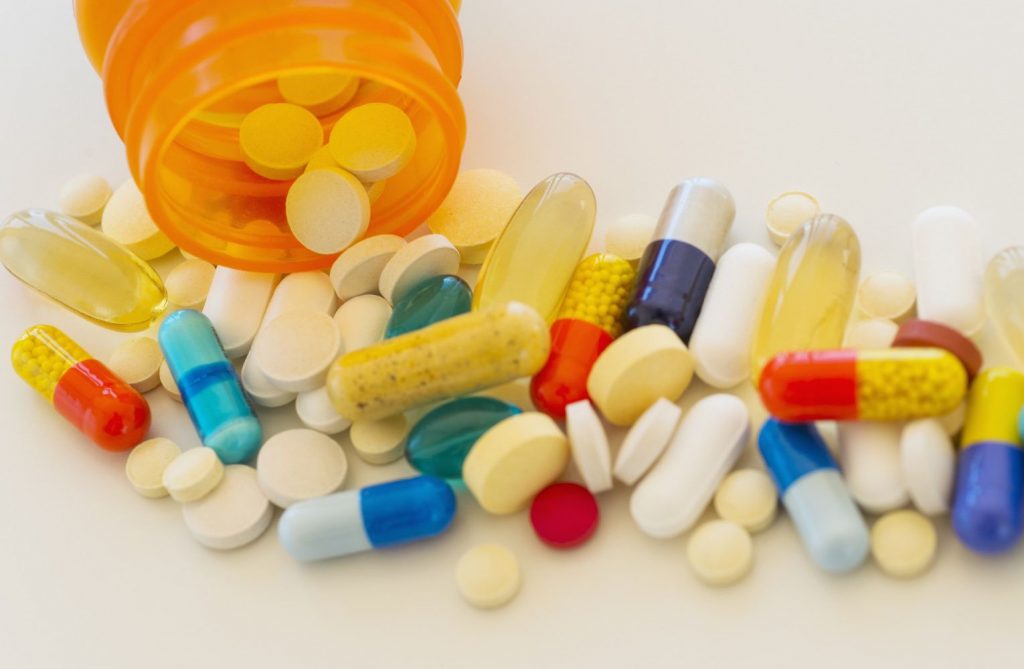 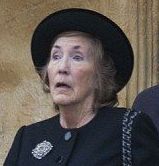 Five days after Diane’s inquest, the Daily Mail reported on the inquest of British aristocrat Lady Kathryn Vestey, (right), who died last December at her home in the Cotswolds at the age of 73.

Lady Vestey had a combination of prescribed drugs in her system which could have contributed towards the hardening of her heart valves which caused her death.

Her carer Linda Huart was the last person to see Lady Vestey alive. She said: “I had concerns about the medication. I called the GP surgery and it was apparent she had been on the same medication for about 10 years. She had been prescribed by a mixture of private and NHS doctors.”

Dr Nicholas Hunt, who carried out the post mortem examinations, said: “There were many findings, including relatively high levels of antidepressants Venlafaxine and Mirtazapine. But these were below the levels usually associated with fatalities.”

Lady Vestey was prescribed painkillers codeine and liquid morphine to manage pain in her left hip, which was afflicted with arthritis. She was also taking Zopiclone for anxiety and insomnia.,

Coroner Darren Salter recorded a conclusion that Lady Vestey died of natural causes. He said: “She died of idiopathic myocardial fibrosis, but the drugs potentially could have contributed to her death. The dosages of some of the drugs were high, but this could have been due to chronic therapeutic use. There is no suggestion of overdose.”