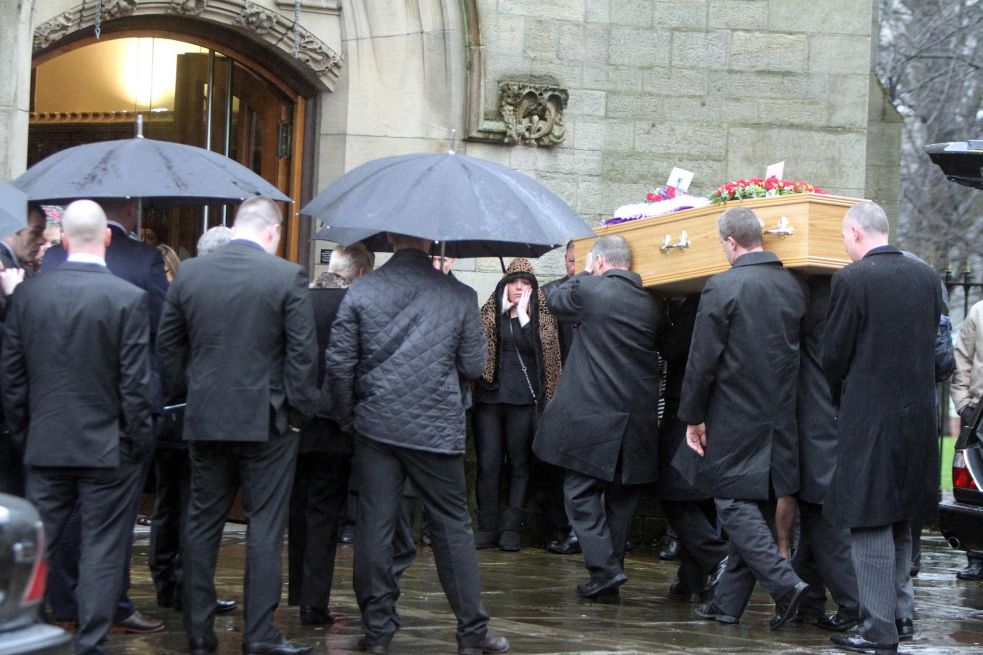 On 12th February last year, several hundred people gathered to pay their respects at the funeral (above) of 42-year-old Lorna Clymo. The church in Keighley, West Yorkshire, was so full that many of the crowd had to stand outside in the rain. 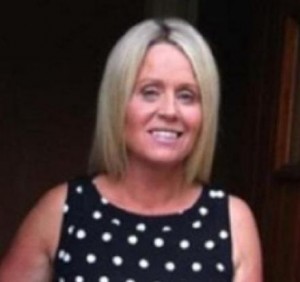 Lorna (left), a mother and homecare worker, had died 11 days earlier after falling from the top floor of a multi-storey car park in Keighley town centre.

Her inquest last week was told that Lorna suffered from severe depression. She had overdosed on medication and tried to hang herself in the weeks before she died, and had also paid previous visits to the car park with thoughts of jumping off. 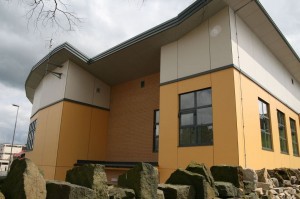 Lorna was admitted to the Heather Ward at the Airedale Centre for Mental Health (right), where doctors made a decision to change her brand of antidepressants.

Although Lorna had been rated “red” – the highest level of concern – consultant psychiatrist Dr Andrew Aspin told the inquest that, in his opinion, she did not meet the Mental Health Act criteria to be sectioned. He said that Lorna had a “strong drive to appear to be well and be coping” to her family and friends but had felt being in hospital was a sign of struggling.

Dr Aspin also said that staff did have some concerns but, because she was taking her medication, was willing to engage with mental health staff, had a sensible adult at home to look after her, had the capacity to make her own decisions and wanted to go home, the decision was made to discharge her.

Lorna’s family, however, told the inquest that they had put their faith in the professionals at Bradford District Care Trust, but felt that there had been “a lack of care.” Her sister Sharon Charlton complained that no one had answered the phone when the family had tried calling a list of the Trust’s out-of-hours emergency numbers to get her help.

During the inquest, Sharon expressed concerns that the change of medication could have influenced what happened to her sister.

She said: “She was sent home to wean herself off her medication. She should have been monitored in hospital. We feel as if she was neglected, there was a lack of care. The community nurses rang her but how can you see down a telephone?” 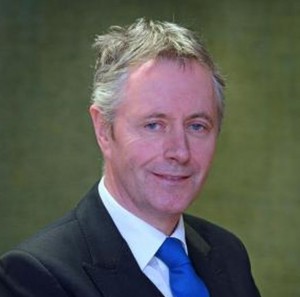 Coroner Martin Fleming (left) recorded a verdict of suicide. He concluded that after hearing medical evidence, he was satisfied that the changeover of medication had not played a part in Lorna’s death and adding: “I’m satisfied she did receive the best of care from doctors and they factored into the equation what she had wanted – to be at home.” 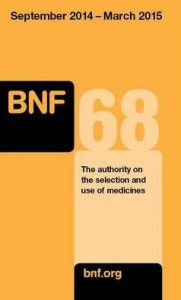 However, the coroner’s stated opinion that “the changeover of medication had not played a part in her death” failed blatantly to “factor in” evidence to be found within the pages of the British National Formulary, the standard official guide used by prescribers for “the selection and use of medicines.”

In its section on antidepressants, the BNF states: ”Patients should be monitored for suicidal behaviour, self-harm or hostility, particularly at the beginning of treatment or if the dose is changed.”

As Dr Aspin and his staff would have been well aware, Lorna needed very close monitoring as her dose of antidepressants had been changed radically, firstly by her overdose, then by changing the brand prescribed. Did discharging her, then monitoring her by telephone, really represent what the coroner described as “the best of care”, especially as the phone remained unanswered when the family needed help?

And were Lorna’s family informed by the staff at the Airedale Centre that the changeover of medication had placed her at increased risk, and that they would have to be especially vigilant for a few weeks until she settled to her new medication regime?

And is it therefore possible that, far from receiving “the best of care”, Lorna was let down, firstly by the staff of the Airedale Centre, and then by the coroner?

After Lorna’s death, a serious incident report was carried out by Bradford District Care Trust which found that Lorna did have a “robust care plan” in place.

However, the Trust has since reviewed and improved its out-of-hours numbers provision so that callers can also leave a message if necessary.

A few days after I had written this article, a detailed report on Lorna’s death appeared in the Daily Mirror.

This was followed shortly by a similar report in the Daily Mail, which revealed that, 10 days before Lorna’s death, her antidepressant prescription was changed from Citalopram to Mirtazapine.