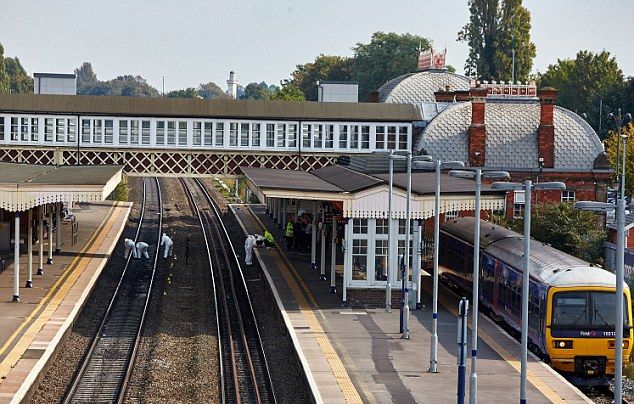 On September 23rd 2014, 43-year-old Rubina Khan held her 10-year-old son Amaar as they clambered down from the platform on to the tracks at Slough Station (top), and lay down with him before they were struck by a London-bound train. 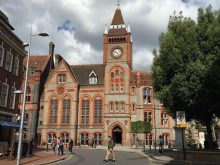 On the first day, the court heard that, a few months before the tragedy, Rubina was “battling a number of personal issues”. These had been triggered when her estranged husband Jahinger, from whom she had been separated for about six years, expressed his desire to reconcile with her and their three children, and said that he would travel back to Britain from Pakistan to be with them.

Rubina became anxious, and made an appointment to see a doctor. She was given antidepressants by her GP at the Manor Park Medical Centre, and referred to mental health services.

She then began to self-harm, and expressed fear that her worsening mental state would lead to social services taking her children. She was prescribed anti-anxiety drugs, and continued to take both forms of medication until the time of her death. 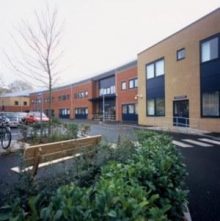 In early July, Rubina’s family called the mental health crisis team, and she was admitted to Prospect Park Hospital (left) in Reading. The inquest heard how she was angry that the family had made the call, as she feared the stigma attached to mental health services.

Later in the month, Rubina’s troubles came to a head when she locked herself in a room and attempted to strangle herself with a telephone cord. Her family alerted mental health services, and she was re-admitted to Prospect Park.

When she was discharged in early August, doctors rated her threat to her children and to herself as low. Rubina began living with her husband again. She had visits from mental health services, who reported that her condition seemed to have improved, with no further incidents of self-harm. 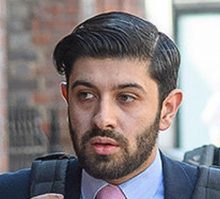 A statement from Rubina’s oldest son Humza (right) said that mental health staff did not take their concerns seriously enough. He accused some mental health staff of succumbing to “cultural stereotypes” about emotional pressure surrounding marriage.

On the day of the tragedy, Rubina took Amaar to Slough station, meeting her brother Zafire along the way. She told him that she had a dental appointment in London and that Amaar had a day off school. Zafire’s account said: “Rubina was smiley and happy. There was nothing she said that gave me any concerns.”

After the first day of the inquest, detailed reports of the proceedings were posted online by The Times, the Daily Mail, the Mirror, the Daily Star and The Sun. BBC news also posted a report. The word “antidepressants” did not appear in any of these articles. The only newspapers which included any mention of medication prescribed to Rubina were the two local newspapers, the Slough and South Bucks Observer and the Slough Express.

The only national newspapers to report on the second and final day’s proceedings were the Mirror and the Metro; the BBC also posted a report.

Once again, however, it was the Slough Express which published the most vital piece of evidence about Rubina’s state of mind: “She reported feeling depressed at a GP visit six days before her death and was prescribed a higher dose of antidepressants and referred to talking therapies, but she never expressed suicidal intentions.”

Not for the first time in his career, coroner Peter Bedford (right) opted to ignore the acknowledged link between antidepressants and a self-inflicted death, especially when the risk is heightened after an increase in the dosage of antidepressants.

He concluded: “Despite communication issues between mental health staff, the Manor Park Medical Centre, and family members and the lack of extensive details on Mrs Khan’s self-harm being shared with her GP, professionals could not have prevented her death.”

Mr Bedford’s verdict was that Rubina had died by suicide and that her son Amaar was unlawfully killed. 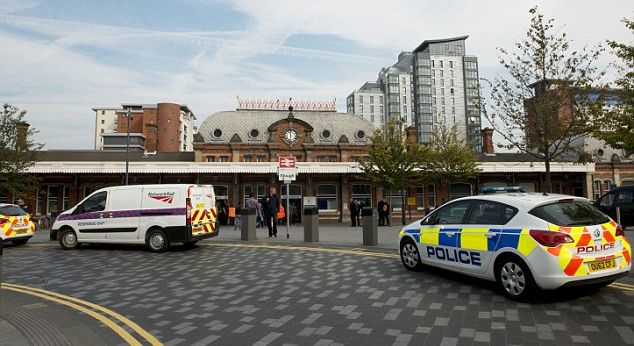 In September 2018, the Berkshire Healthcare NHS Foundation Trust  published a review into the care and treatment that had been provided to Rubina.

Although the report does not specify the names, or even the types, of the drugs that were given to Rubina, it concludes that: “The medication prescribed to [Rubina] was appropriate for the diagnoses that she was given; however it should be noted that medication has a limited efficacy for treating reactive/situational depression which is caused by adverse life events.”

One Reply to “Rubina and her Son”