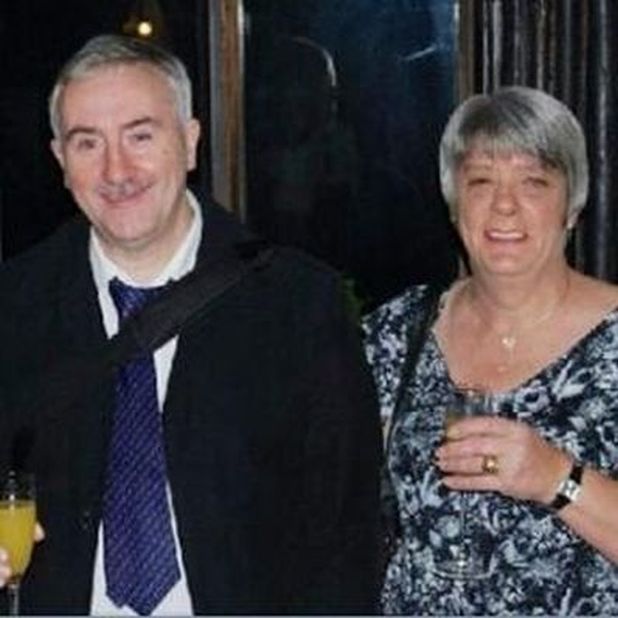 “If ever there was a clear cut case of prescription drug induced suicide-homicide, this surely is it” was what Leonie wrote when she re-printed the report that I wrote originally for the News and Comment section of this website.

Vehicle fitter Nigel Maude (58) and his 57-year-old wife Judith (above) were described by their next-door neighbour, who had known them for 25 years, as “perfect neighbours.” He said: “They always seemed to do everything together including gardening and tidying up outside. I have never heard them argue. They were a lovely couple and totally devoted grandparents.”

Their deaths, therefore, were a “complete shock” to their family and everyone who knew them. 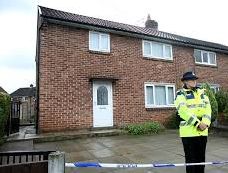 Yesterday’s inquest revealed that, on August 11th this year, Mr Maude violently stabbed Judith to the back and neck with a kitchen knife and attempted to strangle and suffocate her at their home (right) in the village of Hoghton, Lancashire. He then drove a short distance to a nearby railway line, where he stepped in front of a train.

The investigating police officer said that: “Mr and Mrs Maude were certainly of good character, had no real issues with debts and there were no reported crimes involving them.”

Deputy Coroner Simon Jones asked the officer: “There is nothing to suggest that this is anything but a happy and caring marriage?”

He replied: “No, nothing to suggest otherwise. This has come as a complete shock to everyone.”

It emerged that Mr Maude had seen his GP 16 days before the deaths, complaining of insomnia and stress over financial worries about his mother, who was going to have to be placed in care. In a statement, GP Dr Stephen Howell said Mr Maude was a regular patient who suffered chronic arthritis but had no history of mental illness or depression.

Recording verdicts of unlawful killing and suicide, the coroner said that the reason for Mr Maude’s actions could not be established for certain but that: “It may be stress in relation to issues relating to his mother going into a home. We don’t know.”

I wasn’t present in the court to write the report: my information came purely from three online media sources. Therefore, if I have written anything which turns out to be incorrect, then either I was mis-informed, or I have mis-interpreted the information.

The first version I read was from the Lancashire Telegraph, under the lurid headline “Hoghton wife killer’s knife frenzy”. Having read the story I could only guess that medication was involved, as the information on the subject provided by the GP and the pathologist was omitted from their report. This stated that “Police believe the only explanation for Nigel Maude’s actions was the stress and financial pressure he was under after his mother moved into a care home.”

The BBC headline was “Wife killer who committed suicide had financial worries”. Here again, any references to medication were omitted.

The Lancashire Evening Post echoed the coroner’s summary with the headline “Murder suicide death a mystery”. This was the only one of the reports that I read which gave details of the medication prescribed.

I looked for comments from the public which are sometimes written beneath the reports, but failed to find any. So instead I went to Twitter, where, without fail, every comment put the responsibility for the tragedy squarely on to Mr Maude.

“Mrs Maude gets four lines in the entire article about the poor stressed murderer. Unbelievable.”

“just disgraceful. According to the coroner any old worry is enough to turn a man into a murderer // insulting to decent men too. You can bet anything that if the tables were turned that defence wouldn’t count”

When I read this comment: “Appalling article on Judith Maude’s #dv murder – a ‘happy caring marriage’?”, I replied, referring to the medication.

I received this reply: “@AntiDepAware that’s your opinion only ‘low traces’ were found – this is not an excuse for #domesticviolence murder No one else was killed”

All of the above comments were written from a position of understandable ignorance – the UK population has been kept in the dark, a position that I myself may have been in four years ago.

I cannot see any justifiable reason, however, why both the GP and the coroner should assume a position of ignorance.

Dr Stephen Howell, the GP, is reported in his statement to have said that Mr Maude “had no history of mental illness or depression.” However, he prescribed medication with known links to homicide and suicide, which NICE recommends only for moderate to severe depression. For cases like that of Mr Maude, NICE states: “Do not use antidepressants routinely to treat persistent subthreshold depressive symptoms or mild depression because the risk benefit ratio is poor.”

Moreover, the British National Formulary, the prescribers’ official “handbook”, contains the paragraph: “The use of antidepressants has been linked with suicidal thoughts and behaviour. Where necessary patients should be monitored for suicidal behaviour, self-harm or hostility, particularly at the beginning of treatment or if the dose is changed.” There is no report that an appointment for monitoring Mr Maude’s progress was made for any time in the 16-day gap between prescription and death.

Having been provided with information about the medication prescribed, Deputy Coroner Simon Jones chose to ignore the only explicable reason for Mr Maude’s actions, so completely out of character that they could not possibly have been anticipated. To tell the family that the cause of the two deaths is “completely unexplained” deprives them of the opportunity to mourn and grieve both parents equally.

At the inquest, the bereaved family should have been told unequivocally that Mr Maude was not mad, not a monster, not a murderer. His actions were completely involuntary, and dictated completely by the medication that he should never have been prescribed.

4 Replies to “The Perfect Couple”