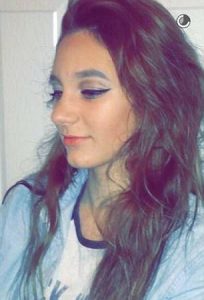 At about 4pm on August 24th 2017, 16-year-old student Jasmine Bush (top) died when she was struck by a train at Haslemere Station (right) in Surrey.

Shortly after her death, Clare Talbot, head teacher of Woolmer Hill School, paid an emotional tribute to her pupil. She said: “We are deeply saddened by the devastating news about Jasmine. This has greatly upset our school and the local community and she will be truly missed by everyone who knew her. Jasmine was a much loved and loyal friend to many and particularly enjoyed her time spent in the photography studio, showing real passion for this subject. Our heartfelt condolences go to all her family and friends and they are all in our thoughts.”

On the first day of her inquest in Woking on Wednesday May 22nd, the jury was told that Jasmine, known to her friends as “Jaz”, had been suffering with “various mental health issues”, and “had been on medication to help control the symptoms”. She had become very anxious in the weeks leading up to her GCSE results which were published on the day she died. In particular, she wanted to know how she did in photography.

Jasmine’s mother Nicky told the inquest that, at the age of 13, Jasmine was diagnosed with “Pathological Demand Avoidance” (PDA) which is described as “a condition which is part of the autism spectrum, and is characterised by an overwhelming need to avoid or resist demands.”

Nicky said that Jasmine became withdrawn in her teenage years and frequently used text messaging and social media to communicate with friends and family. She told the inquest: “When she was younger, she was really loud, bubbly and confident, but when she became older and went to secondary school it got harder and she became more withdrawn.”

She later told the jury: “If she felt anything was a demand on her then she would become defensive and kept herself to herself. Her fixation was on her phone. We were fully aware of that. But if you took it, all that would do was raise her anxiety higher. She could speak to people on her phone and in texts and on social media but she couldn’t speak to me to tell me how she felt. She was on Snapchat a lot.”

Nicky also said that Jasmine sometimes took a mattress and slept in a makeshift bedroom in their garden shed. There she would listen to music and smoke marijuana, which helped her to “ease her severe anxiety symptoms.”

The jury was told that a post-mortem toxicology report “could not determine if Jasmine had been smoking cannabis” before her death, but found “a therapeutic level of antidepressant medication Sertraline.”

The second day of the inquest, on Thursday May 23rd, heard about Jasmine’s time at Woolmer Hill School and the levels of support offered to her. Sophie Walker, representing Jasmine’s family, questioned how the school adapted its regulations and strategies to accommodate for Jasmine’s “needs and vulnerabilities”. 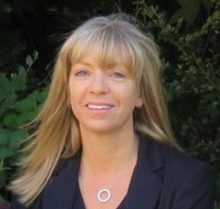 Head teacher Clare Talbot (left) explained: “Obviously, Jaz had very complex needs. It was a fine balance in terms of balancing the needs of all the other children and the needs of Jaz. She could be delightful, charming, very sweet, but there were times, obviously, when her anxiety was high and she was difficult to manage. She received one-to-one support and was assisted by higher level teaching assistants (HLTAs) during lessons; she was also offered external support from mental health services.”

However, the inquest heard how Jasmine’s “increasingly high” levels of anxiety affected her attendance, school work and uniform choices. Ms Talbot explained that there were instances where Jasmine wore “very skinny” trousers, a nose stud and pink socks, which were not in accordance with the school’s uniform policy.

These incidents were “flagged” and recorded in an online system in order to “build up a picture” of her behaviour.

Ms Walker noted that Jasmine received “22 demerits and detentions” within the first few weeks of term in September 2016, which Jasmine perceived “as a form of punishment”. She questioned whether the penalty systems in place at the school were appropriately adapted to suit Jasmine’s mental health needs.

Ms Talbot said: “We relaxed boundaries in as much as we could, but we still had to have some lines we couldn’t really cross. All the staff were fully aware of Jaz’s needs. We did allow quite a few things with Jaz. At one point she came in with pink hair and parents were notified, but there was no punishment for that.”

The inquest heard that safeguarding measures had been reviewed since Jasmine’s death. Ms Talbot added: “We have obviously talked about it at length; it’s not something that goes away. We honestly can’t think of what else we could have done as a school in terms of supporting Jaz’s needs. There are possibly, I think, things to do with communication in terms of all agencies that could be better. Things that may have helped us if we’d have known everything that was going on.”

The inquest was then adjourned until yesterday. When it resumed, Ms Walker highlighted Jasmine’s deteriorating mental health before her death. She said: “Her parents began to notice that she was not eating properly and stopped her living in the shed, they put a padlock on the door. They are concerned about the lack of support they received from social services as they had difficulties with Jasmine.”

The inquest heard how Jasmine’s behaviour allegedly escalated as she began stealing. This led to an intervention by social services, and social worker Alison Watts said: “There was repeated attempts from workers, they text, called and tried to visit but she was not in. They made continued attempts to locate Jasmine – our workers are skilled at trying to engage with a young person.” 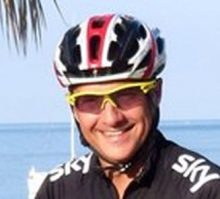 Concerns over Jasmine’s use of cannabis were also raised. Dr Marcus Panchaud (right) from Haslemere Health Centre, said: “I’m not a drugs specialist, but is has been said cannabis can cause psychosis.”

However, the doctor did not admit that Sertraline is more likely than cannabis to induce suicidal ideation, which is why it is not recommended as a treatment for depression in children. Instead, the doctor told the inquest: “The majority of patients, if they quit antidepressants, suddenly they can be fine but others can become acutely unwell. They tend to get irritable and become unwell.”

Earlier today, on the final day of the inquest, Ms Walker questioned the level of support offered by social services and whether they understood her vulnerabilities and her diagnosis of PDA.

Ms Watts, who had had no interaction with Jasmine herself, explained that “Social work involvement is about empowering families to come to their own solutions, and so the first port of call will always be: ‘what are you already doing, what can you do differently and what can other people do?’.”

However, Nicky Bush said that they were “a family in crisis” and that she felt she was on her own in managing Jasmine’s needs and anxieties. She told the inquest that, between June and August in 2017: “She was uncontrollable. She was doing a lot of weed, she was drinking. She didn’t go to the rest of her exams. She did very little apart from going down the shed, feeling quite agitated.”

When questioned about the role of social services, Nicky said: “Although I was the one that Jaz turned to and I was like her safety blanket, I probably understood PDA more than they did, but it was getting past the stage that you could make allowances. I just feel a bit despondent with the input from social services because I don’t think they necessarily supported her and I don’t think they supported me. It’s been said however many times we’re a family in crisis.” 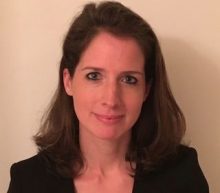 Coroner Anna Loxton (left) recorded a narrative conclusion, stating she did not find any failings in respect of the care and support delivered to Jasmine. She ignored the volatile combination of Sertraline and cannabis which could well have been the main reason for the deterioration of Jasmine’s state of mind, culminating in her impulsive behaviour at the station. Instead, the coroner commented: “She suffered from anxiety and was diagnosed with autistic spectrum disorder, which meant she had requisite intent for suicide.” 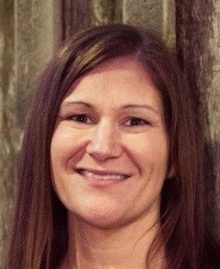 In a statement after the inquest, Jasmine’s family said: “The family would like to acknowledge the role played by CAMHS and in particular Dr Woollatt (right). We are pleased that there is now a support network for other families, which was not in place for us.

“However, we are frustrated that the Surrey Family Services have not acknowledged their rôle. There was not the support that Jaz needed, nor was the support that we needed as a family ever provided to us. We think if it had been Jaz would still be here today.

“The family do not feel that Surrey Family Services acted with openness and respect during this inquest.

We are also frustrated that the inquest has taken place before the Child Death Panel Review despite it now being 21 months since her death. We feel Jaz has not been dealt with as a child and has become just another statistic to Surrey Family Services.” 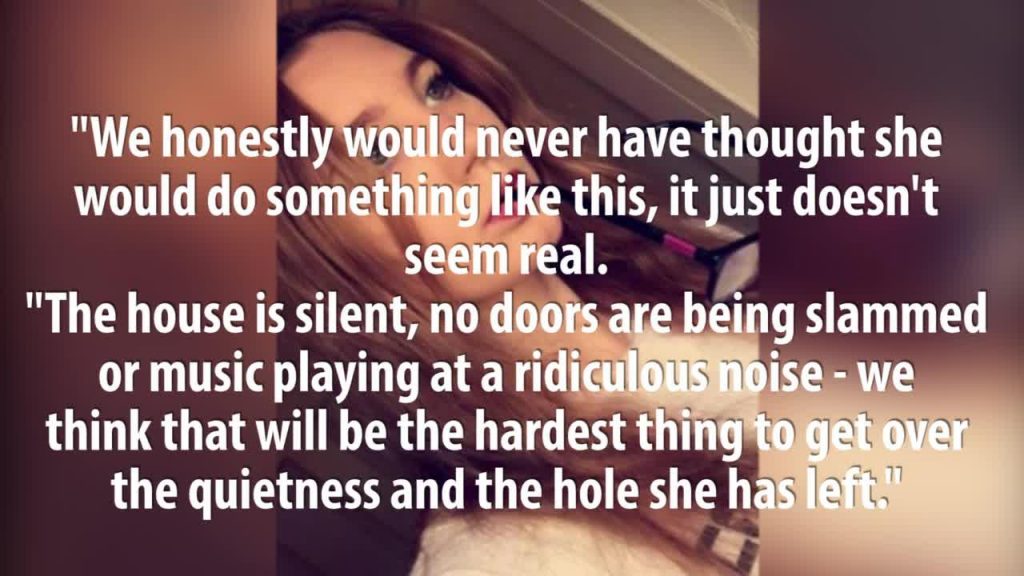