A large proportion of the articles on this website in the past few years were written following inquests of children who took their lives as a consequence of the reckless and inappropriate prescription of psychotropic medications such as SSRI antidepressants and Methylphenidate (Ritalin).

Earlier this week, LinkedIn published A Reflective Checklist for Child Mental Health Professionals who Prescribe Psychotropic Medicines. This had previously been endorsed by the Division of Educational and Child Psychology (DECP) Committee of the British Psychological Society (BPS). 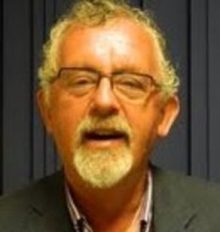 The checklist was compiled by Dave Traxson (left), an experienced Educational and Child Psychologist from the West Midlands. He has a special interest in helping young people develop behavioural self-control and in promoting therapeutic mentoring for staff to use with children. He has made several contributions to the Global Summit on Diagnostic Alternatives.

In his introduction to the checklist, Dave wrote: “The idea for this Reflective Checklist for Mental Health practitioners is for prescribers of psychotropic medications to children in the UK to use as an aide-memoire on their desks to better safeguard the wellbeing of children they work with.”

Here is the checklist: 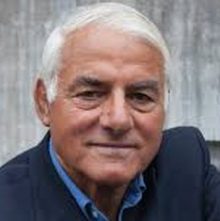 The article had previously been published in the Psychiatric Times, where Professor Allen Frances (right), a prominent American psychiatrist, commented: “Overwhelmed teachers often recommend that parents take their kids to doctors for medicine when the problem may be more in the classroom than in the kid. Dave Traxson, a child and educational psychologist, and his colleagues in the United Kingdom have come up with a terrific suggestion to help contain the epidemic of careless medication in kids. They have developed a checklist of questions doctors should think about before prescribing psychoactive drugs to children.” 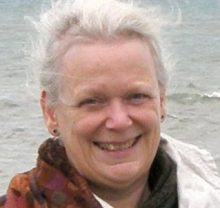 Lisbeth Kortegaard (left) from Hoejbjerg, Denmark, wrote: “Thanks for the check list. I wonder how many children would really need medications after working through this check list? I am a child and adolescent psychiatrist, and as the years go by I find fewer and fewer children really need medications, and more and more do so much better without the meds that didn’t really help in the first place.”

Dave recognises that: “The rapidly increasing prescription rates of psychotropic drugs for children by Child Psychiatrists and Paediatricians in the UK over the last two decades has alarmed many mental health practitioners and professional bodies…as well as colleagues in America where the situation is even more extreme. In some states the prescription rate for Methylphenidate alone is 16% of the total school population which most professionals would want to avoid in the UK.”

It is indisputable that psychotropic medication can cause irreparable harm to children. Although NICE Guidelines state that SSRIs should be given only in extreme circumstances, and only after other strategies have failed, GPs and practitioners at CAMHS are prescribing Fluoxetine (Prozac) as their Plan A, without even considering a Plan B alternative.

Meanwhile, in schools, there are now financial incentives for having a lively or disruptive pupil given an official diagnosis of Special Educational Needs and Disability (SEND), which is often accompanied by a prescription of Ritalin.

In 2016, the United Nations Committee on the Rights of the Child (CRC) published their investigation, to which I was invited to contribute a submission, into Children’s Rights in the UK. Sections 59-62 of the report dealt with mental health. Here, the committee voiced their concerns over the treatment of ADHD:

They reported that: ”The actual number of children that are given methylphenidate or other psychotropic drugs is not available”, and that: “There is reportedly a significant increase in the prescription of psycho-stimulants and psychotropic drugs to children with behavioural problems, including for children under 6 years of age, despite growing evidence of the harmful effects of these drugs.”

One of their recommendations was to: “Ensure that prescription of drugs is used as a measure of last resort and only after an individualized assessment of the best interests of that child, and that children and their parents are properly informed about the possible side effects of this medical treatment and about non-medical alternatives.”

If our children are to flourish and thrive, much more attention must be paid to providing the kind of educational and psychological support that is needed, and less reliance on prescribing drugs that are known to be ineffective and harmful. Dave Traxson’s checklist can be an significant tool for practitioners. 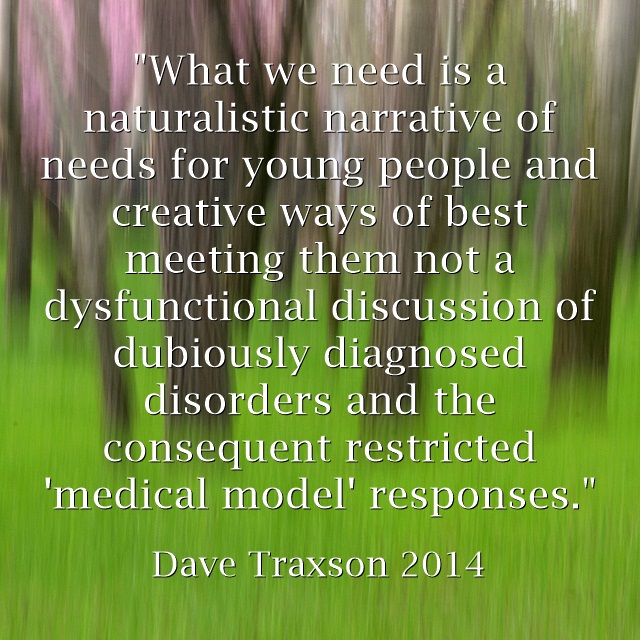 2 Replies to “A Reflective Checklist”